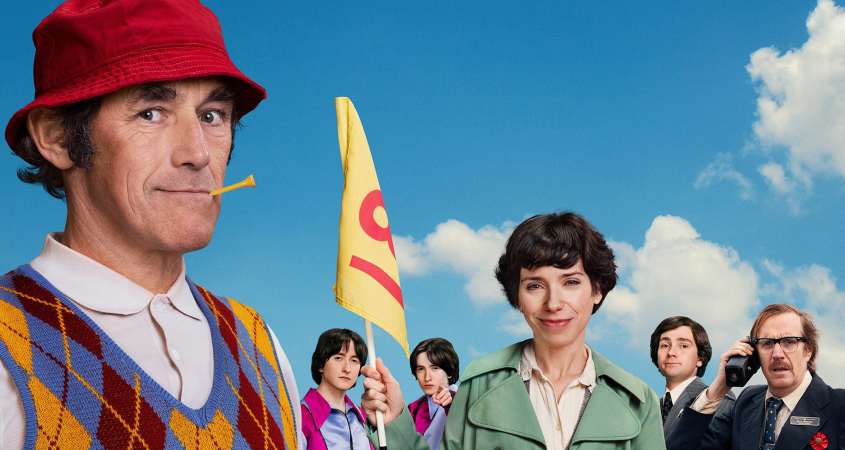 Maurice Flitcroft (Mark Rylance) has spent his life working as a crane driver at the local shipyard, optimistically putting his dreams on hold in order to provide the best life for his family that he possibly can.

But an epiphany occurs when the family’s new colour television shows Maurice the 1974 British Open golf tournament and Maurice instantly envisages a dream: to participate in the next British Open.  Without hesitation, he shares his new dream with his wife, Jean (Sally Hawkins), and mail-orders the cheapest set of golf clubs available.

The movie contains no villains as such, but it highlights a few personal and social deficiencies among the upper classes that serve to keep the hoi polloi in their place.  Maurice nonetheless finds opportunities to practise and manages to tick the right boxes to enter the following year’s British Open, held in Scotland.

As you might expect, Mark Rylance and Sally Hawkins play the humble Maurice and Jean Flitcroft to perfection, demonstrating the indomitable humanity and humour that can enrich and draw together even the poorest communities as they recognise good hearts and positive attitudes.

With a cast of varied characters all adding their own peculiarities in that way the British have, Rylance’s performance as Flitcroft keeps you chuckling even at his lowest point. The Phantom of the Open will leave you glad to have met Maurice Flitcroft, and you may even be inspired to take up something impossible yourself.