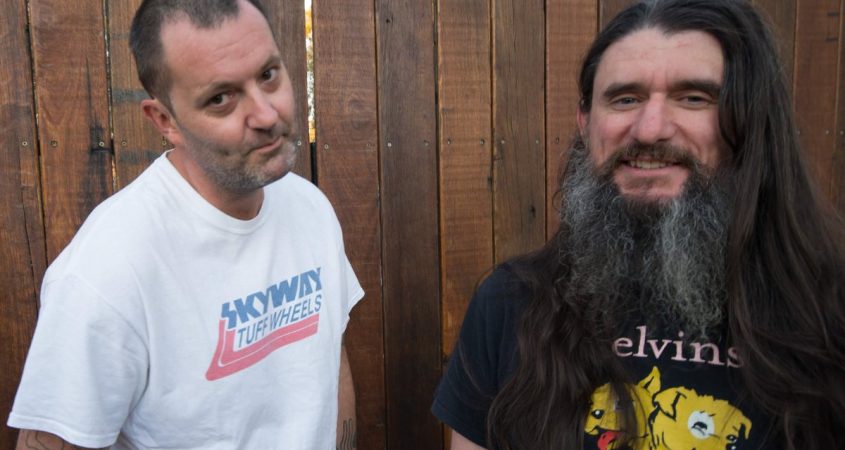 Canberra’s purveyors of post-doom metal have just dropped Burn The World, a thunderously monolithic slice of sludge rock that is sure to reaffirm their position as one of the country’s most striking indie acts.

It kicks off with a Sabbath-like sinisterly guitar riff that acts as a forewarning of the beastly rhythmic undulations to come.

It takes a while for the vocal to appear, after the prelude of riffs and trampling drums are well and truly established, but when they do, the verses are wedged low into the mix, as if through a crack in a slab of razed concrete.

And the first words that escape through the rubble, between the low slung percussive heartbeat and the razor-blade distortion are: ‘We can’t control ourselves, this is not where I want to be’. It’s a fitting start to the disconsolate soundtrack that awaits.

Stark yet dense with apocalyptic tones and tremors that initiate a kind of stubborn inertia, relentless and unforgiving, Burn The World forgoes the trappings and tricks of a three-minute rock tune to create a forceful, inflexible style that is as powerful as anything these guys have released before.

After a succession of these battering guitar riffs and bruising drum parts another verse—the third—appears, once again seeping through the fissures of unabated scrunch and smoke, this time echoing a final ominous exclamation: ‘Depopulation comes, time for us has ended, the reset will begin, regenerate without us’. A harrowing forecast that sends shivers down the spine considering the world’s current predicament.

Just as the band’s album of 2018 Akuma Kin revealed, they take no prisoners. Viewed as a singular entity, Burn The World is a weighty introduction to the band, and to the initiated, confirmation of their burgeoning firepower.

The duo’s resolute artistic designs are admirable, and when combined with a refined and felicitous production, they fulfil that intention with as much confidence as a predator enjoying a night’s kill.