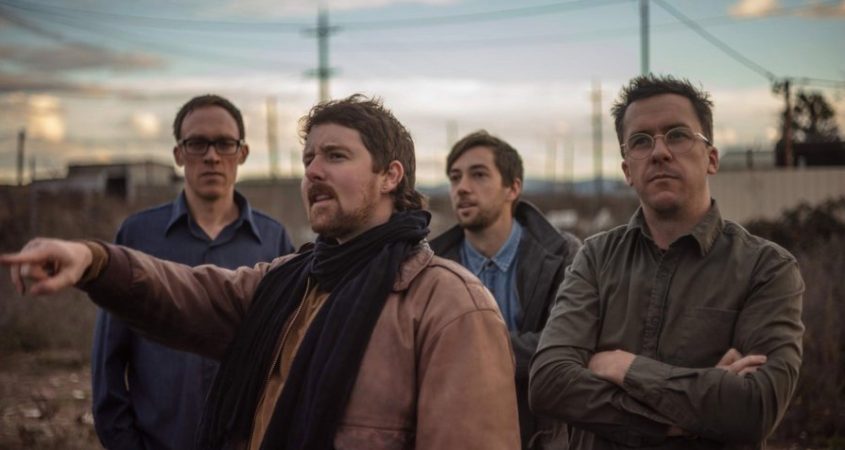 The Burley Griffin’s new single is the first release for the band since their 2015 self-titled album. Still Waters sees the group maintain their steadfast blend of alt-country, folk-rock influences while taking it up a notch with a sumptuously vibrant production and some finely executed performances.

With a high energy level set from the get-go and never letting up, Still Waters manages to weave a compelling balance between utilising memorable melodic passages at the service of a noteworthy lyric—namedropping Walden in one line is an amusing feat in itself—while harnessing an assortment of dynamics and unanticipated changes throughout the song.

Evan Buckley’s vocal performance flows from a low register semi-croon to a soaring vulnerability, playing an intrinsic part in establishing the aforementioned variations in tone and colour.

All the familiar alt-country markers are here: the jangle and chime of rousing guitar flourishes, the spirited rhythmic surges, and the wide sweep of a musical landscape captured with snapshot clarity and impassioned care.

Part of the track’s allure, aside from its amiable charm and accessible spirit, is its ability to defy expectation via a recalibrated arrangement. This deviation may be subtle, veering only slightly from a typical pop-rock structure, but it’s cleverly executed, giving one the impression that the song has flitted past your ears all too quickly, and as a consequence, compels the listener to press repeat.

The lyric also employs an amalgamation of styles, with straight and direct lines that are turned on their heads and enlivened by curious and gratifying shifts in observations, such as in the opening line, ‘I want to get a little high tonight, I want to wake up in the morning to a new invention’.

There is a lot to enjoy about Still Waters and if it’s a reliable gauge of what’s to come from the band, their forthcoming album will indeed be well worth a listen.