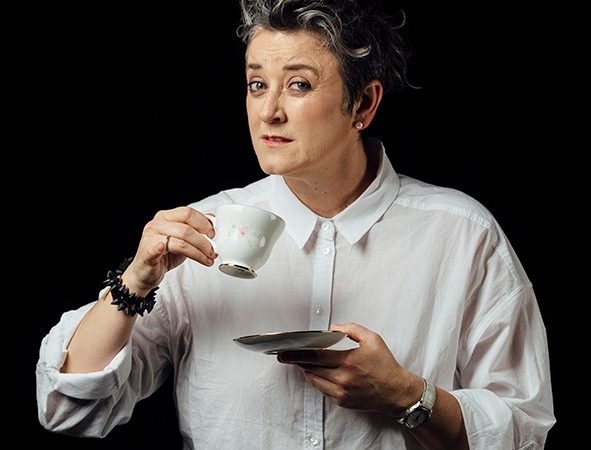 For me, 2019 is the year I tried to switch to organic deodorant.

I have stunk and sweated my way through this year, searching for a hippy alternative to the perfectly functional deodorant I had been using for years. All because I saw a headline that said aluminium gives you Alzheimer’s… or something.

I don’t know how or why or even if that’s true; I don’t read past headlines anymore, I just instantly believe bad news. You can only sell me something by telling me what I have been doing is wrong, because that would be right. Of course I picked the Alzheimer’s deodorant. I’m an idiot! My worldview is that if everything seems OK, we’re probably just not in possession of all the facts.

Plus, there is so much wrong with the world that I can’t fix, I feel like deodorant is a step I can take for humanity, you know? I don’t even know if my grandparents had deodorant; it certainly wasn’t something that kept them awake at night. Vanity and consumption – ethical or not – were not really on their agenda.

My grandparents just had to work or look after kids and the whole time, they could drink, smoke, and gamble.

But these days, you’ve got to work, look after kids, go to the gym, don’t drink, don’t smoke, drink heaps of water, don’t overeat – starve a bit, but not too much – do yoga, drink more water, pay the mortgage, buy an investment property, contribute to super but never retire. You’ve got to take flashy holidays, cook like a chef, give to charity, be a good neighbour, be a good listener, be a people person, be a lifelong learner, be spiritual, set an example, leave a legacy. You’ve got to read more, sleep more – sleep less, no, sleep better! – reduce your carbon footprint, count your steps, and check your privilege.

And at the end of all of that, you’ve got to be grateful.

Honestly, no wonder almost half of us will experience a mental illness in our lifetime. How could we not?

My whole life is a thin veneer of respectability hiding the anarchy below. I don’t necessarily need to BE successful or a good person, I just want to appear to be with as little effort as possible.

But they keep raising the bar about what you have to look like you’re achieving. We’re rated on more things now. It used to be good enough to just have a job. Now, if you say you’ve got a job someone’s going to ask: “Are you passionate about it? Does it fill your cup? Does it speak to you on a ….spiritual level?”

I don’t want to be a superhero. I just thought I’d start using a healthier deodorant. I’ve probably spent about $200 and gone through four different types so far. One woman at the markets sold me a roll-on that’s grey and stains white shirts. When she sold it to me, she warned me about that and said: “Also, if it tingles when you put it on, that means you’re lacking magnesium.”

Why does the doing-the-right-thing thing have so many drawbacks? It’s like they just fill a tube with salad dressing and dreams and sell it for $50 to people who are terrified of climate change and death.

I am about to go back to the old deodorant, because I don’t even want to remember how much I stank in the Year of the Pig.

Chris Ryan’s solo show I Thought It Would Be Nice will run at the Courtyard Theatre, Canberra Theatre Centre at 7pm on Friday 20 & Sat 21 March as part of the Canberra Comedy Festival. Links to that and other gigs that Chris runs are on http://www.chrisyancomedy.com