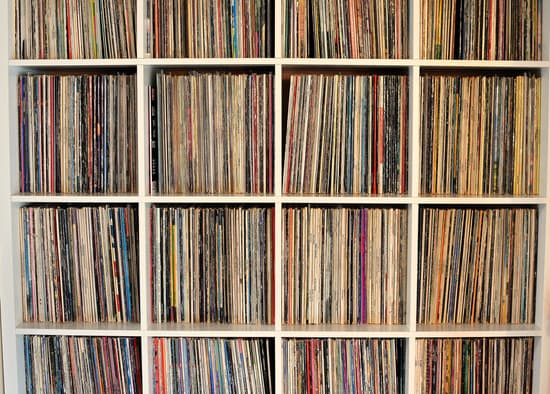 Rory McCartney’s is one of BMA’s hardest working reviewers – and a bloody nice chap to boot, I’m happy to report – so it was only right and natural that we asked him to bestow unto us his favourite albums of 2019. Fortunately, he was good enough to do so.

The second LP from Melbourne punk outfit Press Club contains themes of breaking free, finding yourself, and society’s need to change. Songs are obviously arranged with live shows in mind, which the band regards as its raison d’etre. Plus, the album was recorded live to tape to capture that authentic gig vibe. There is a real garage feel to Separate Houses as guitars create a fuzzy cloud around the strident voice of Natalie Foster. There is a furious energy here, propelled by a vibe of anger and frustration, that is expressed through relentless music and frantic vocals. Delightfully unpolished, Press Club’s sophomore effort carries heaps of grunt.

It has been nine long years since Perth band Gyroscope’s last album Cohesion. Reversing the normal trend for bands to slip into a softer style, Gyroscope have devolved, sliding down the rock pile to a more basic style of grunge, trading clever melodies for a simple ferocity. Title track 4YRLV cuts no corners in delivering blistering music and vocal desperation. There is no sign of the band’s carefully crafted melodies and arrangements that featured in earlier releases; it is just shear anguish and brutality. 4YRLV is no Breed Obsession, but it is chock-full of energy and raw thrills.

8. The Maes – The Maes [Independent Release]

And then there were two! The Mae Trio is now The Maes, comprising sisters Maggie and Elsie Rigby. Fans of the folk trio will be happy to find that the essential sound of that band has been retained. Album highlight Treat You Better beguiles with pure, trickling banjo, and softly resonating vocals as intertwined voices weave sweet patterns in the air. The Maes is generally a slow-paced release, with a wistful vibe. Instrumentation is kept to a minimum, allowing the beauty of the voices to cut through, and the record ends as it began, with simple, pure acoustic music and sparkling vocals in Stay Home.

Roots performer Pat Tierney is a man with a delicate touch in both his rich vocals and fine musicianship. He returned with his sophomore LP Red Moon with wistful songs expressing a blend of sorrow and happiness. Notes from his Weissenborn lap steel guitar curl away, sparkling and fading as they rise softly into the air. Highlights include The Midnight Bloom, the haunting track Angels and the instrumental The Light of Day which brings one of the best melodies on the record. Red Moon impresses with the pulling power of simple yet entrancing lyrics, and the captivating voice in perfect balance with the superb instrumentation.

Melbourne based folk singer Fenn Wilson launched his EP Tales of the Black Dog in 2015, and has followed up with his debut long player Ghost Heroin, full of brooding songs about fraught love and of the shadows which life has cast upon him. The most striking feature of this impressive first album is the incredible depth and tone of Wilson’s voice. This vocal quality, combined with his style of dropping words slowly, with great deliberation, and his crafting of finessed, haunting music, enables him to deliver powerful, atmospheric songs.

Cut and Run represents the end of a trilogy of records, with each one written during the touring of its predecessor. The wailing, groaning guitars of Any Second Now make a powerful opening statement, that the man is here to rock. Rattle Your Cage struts along with some down and dirty guitar. The beckoning undertow of Tokyo Blues cannot be resisted, while Let Your Love Down is a slow mover, with wistful twanging guitars and a sultry mood. Lyrics are often directed inwardly, as Spiegel self-analyses about love, his career, and life on the road. Everywhere you look, the finger work is incredible and the musicality awesome.

Joan Wasser AKA Joan As Police Woman has gifted her followers with the essence of her art in the three-disc, 43-track release Joanthology. Not one to restrict her musical direction, Wasser’s style ranges widely from jazz, to rock, to pop, funk, and soul, and she can shift from mainstream to unconventional. Wasser’s lyrics are so potent with emotion, so original in their expression. There is often an ethereal quality to her tone, yet she always maintains such presence in her songs. Whatever you listen to, a deep impression of her enormous talent as both a songwriter and a vocalist is bound to result.

Full-throated blues with a difference, this gnarly riffage comes from a Hohner D6 Whammy Clavinet, not a guitar. Replicating a well wielded axe, Doley’s manipulation of the huge whammy bar morphs the tone of the keys. The vibe of opener A Woman is pure psychedelic ‘70s. A Hammond organ launches the song, then Doley’s fingers slide around the clavinet keys, before slamming into a stunning power chord. The title track employs keyboard wizardry that takes no prisoners, while The Killer menaces with its lurid lyrics, menacing riffage and licks that scream skywards. The combination of organ, clavinet, and Doley’s huge vocal projection is extraordinary.

Sophie Klein, AKA Little Wise, has a personal aim of, “moving hearts with words and music”. Opening track Devil Off My Back melds soft folk sensibilities with a bit of power pop, as she sings of the battle against the internal demons which challenge her self-confidence as an artist. The bright and catchy It Doesn’t Work Like That has the immediate appeal common to much of the songwriter’s material. Restless illustrates her gift for expressing emotion through the gentle beauty of music and lyrics. Want it All is filled with beguiling vocal tones and varied, sparkling musicality. It has many moods, all of them carrying a special charm.

1. Bec Sandridge – Try and Save Me [Independent Release]

2019 was definitely a year where women made their mark with new releases. Albums sampled, but not reviewed, included impressive records by G Flip and Thelma Plum. Out in front, Wollongong’s Bec Sandridge launched a very personally focused debut album which tackles such deep issues as her early upbringing, identity, and coming out. The bolder employment of synths and application of more extensive electro effects makes her earlier EP look positively conventional by comparison. Sandridge has shown real inventiveness in her first album of catchy, danceable tracks with plenty of character to make it stand out in the crowd.