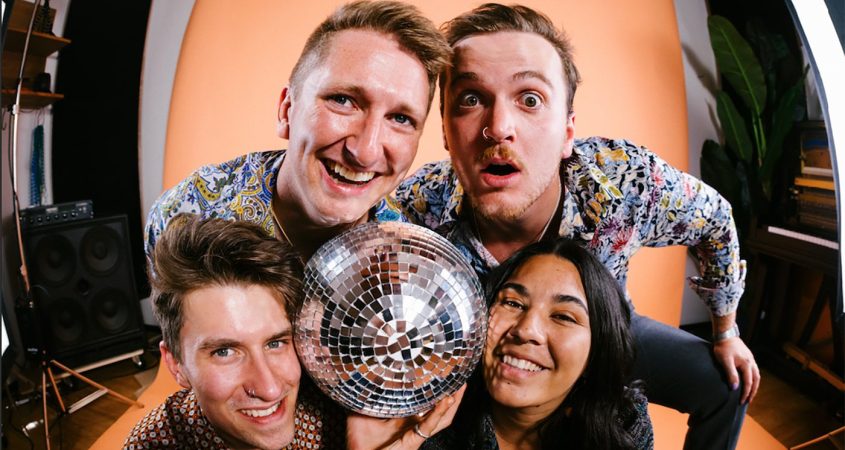 ARCHIE’s last single, Greener, was a resplendent slice of indie pop-rock funk with melodic and mesmerising punch. It established a buoyant and entrancing musical style.

The band, formed in late 2018, has since attracted a healthy fan base with sold-out headline shows around Canberra. They’ve also shared the stage with the likes of Surf Trash, Neko Pink, and BENEE.

Here, ARCHIE has stepped up, delivering another side to that style—if not an invigorated, more definitive version of it.

Closure kicks off with its governing force, a mix of straight dance time with clean soul guitars, dry drums, and popping bass.

But it soon changes, whittling down into a sparsely populated verse, consisting of the vocal, bass, and a halftime kick. This, at least initially, feels somewhat incongruous.

Still, one understands the choice after the sneaky way the pre-chorus creates a natural conduit for the ensuing all-in chorus. An accented groove is deftly utilised to induce a smooth transition. The chorus takes advantage of some falsetto vocals and weds them to the tag of the chorus, balancing, resolving and generating the track’s main hook.

The structure works, with the verse, pre-chorus, chorus cycle repeated followed by a conga dominated bridge section that is more of a breather, rest-stop affair; an extension of the chorus, rather than an entirely new part.

The contrast only serves to solidify the remaining elements of the song, which comprise more of the chorus, more of that funk fest groove yet with some welcome frosting on the cake. Said sugary treats include swelling synth envelope openings and some luscious high string lines that one could label elegant, ironic, reverential, or merely logical.

Closure is refined, assertive funk-pop that would be very difficult to resist if one were the dancing kind. Or even if one were not.

You can hear ‘Closure’ now via triple j Unearthed.