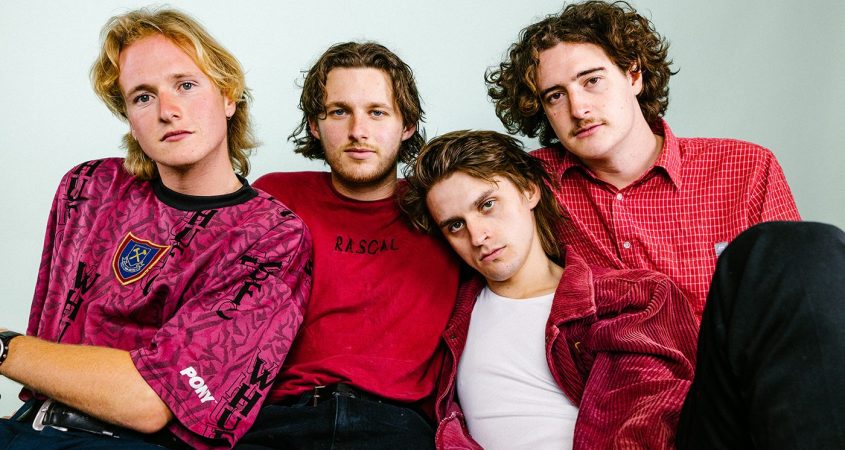 Canberra based indie-rock band Parklands has been getting a lot of traction from their live shows lately. This will undoubtedly continue with the release of Everything.

Parklands give us everything

The new track opens rather unassumingly with a few scratchy guitar tones and a contemplative low vocal verse approach. But soon distends into an euphorically mournful, spirited rawness.

The following verse utilises the higher octave to prepare us for a superbly simplistic chorus with a mini-killer lyric hook attached. It has a power that had me rolling about the place yelling, ‘tell me about it, yes!’

Once the chorus has settled beautifully into your head the rest of the tune glides along in a subtly uplifting way—‘seeking is never ending’, indeed.

This is semi-glorious work here. There’s mid-paced urgency and suitably dense sonic vistas, with nuances attuned to the slaking. All in throes to the unbearable hereafter.

It’s not so much a memorandum of discontent as one of existential unease—yes, there it is, it’s out there.

But what else do you want the unknowable lunges and stabs of music to do? ‘Wander lonely, float past stars, destination pending’, Parklands states. And don’t we know all that too well?

The arrangement helps keep the pace, with a repeat of the chorus and a guitar outro that’s flutters from jangle into psychedelic, with the rhythmic elements maintaining the support.

Was I satisfied with this turn of events from Parklands? Yes and no. Of course, of course, I wanted another cycle of the chorus. And you will too. More of that suspended supplication, more of that languid emotional dismemberment.

Whether it’s of the intimate kind or not, Everything evokes and works on a score of levels. It’s worth every second of your time.

You can hear Parklands’ Everything now via triple j Unearthed.