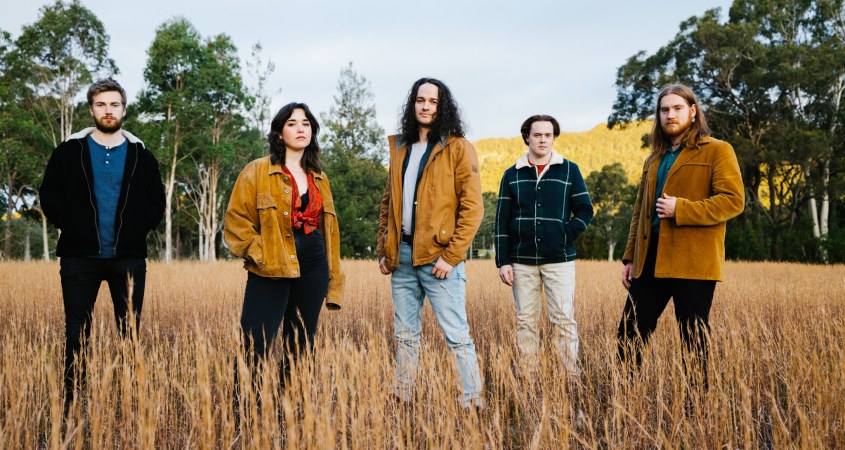 Northbourne Flats Too Much To Ask review by Vince Leigh

The fourth single, and first in over a year for Canberra band Northbourne Flats, is Too Much To Ask. The new one follows Paralysed, which featured vocalist Ruby Delgado and helped to broaden the folk-rock band’s sound palette.

Too Much To Ask makes for a fluid transition from Paralysed, one that harnesses more of the band’s alt-rock tendencies. A striking feature present is the band’s ability to merge these inclinations with the melodic sensibilities of folk. The rhythmic energy on display is a blend of light-funk rock and blues.

Every section of the song contains this dual-mode. Whether it’s the verse, chorus, or bridge, the melodies are imbued with a feeling of yearning. Suspended in a state of unquietness. It’s a striving for an elusive emotional corroboration that’s somewhere beyond the abstract. The lyric featured in the chorus, ‘is it too much to ask that we remain friends?’, embodies this sense, turning our attention towards the interior.

This is what Northbourne Flats seem to do quite effortlessly. Their performances is on par with the intensity of those inner workings. The vocal work, in particular, is notable for its power to rouse our attention through restraint and repose.

A slew of dynamics are also on show here. The surprise bridge section—the lead vocal accompanied by a lone guitar—is a particular highlight, as though stripped of all accoutrements, the song’s pure mechanisms are brought into stark and thoroughly disarming relief.

The surprises continue with the chorus end utilising a modified rhythmic emphasis, one consistent with the natural progression of the chorus’s reappearance. The vocal layers and harmonies, an essential and perhaps defining aspect of the band’s sound, is evident on Too Much To Ask, elevating and substantiating the song’s focus and coating the record with a sophisticated sheen.

Yet, the raw bite of the intimate is still what’s most persuasive and most sustaining about Too Much To Ask.