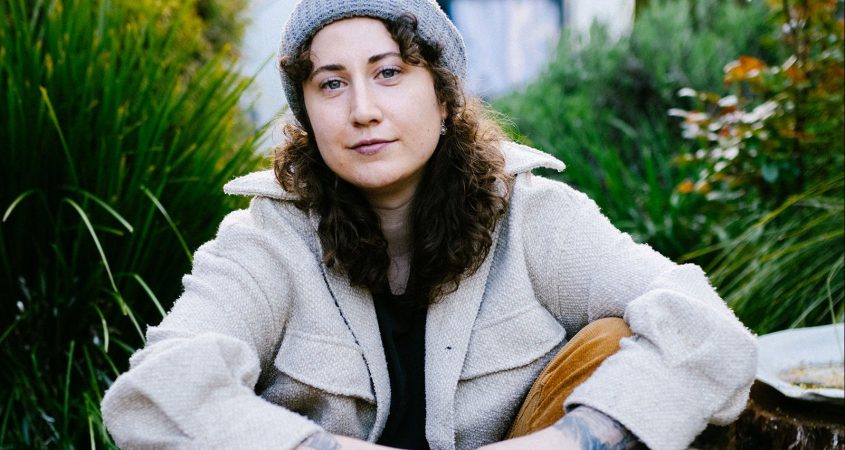 Following the release of her acclaimed debut EP Coffee Cups in late 2020, Hope Wilkins spent the past year selling out a string of live shows, gaining airplay on Triple J, as well as receiving a nomination for the Best Live Act in the ACT – National Live Music Awards.

Her new release, My Head (I’m Not Sorry), reaffirms not only her considerable songwriting skills but also ventures down a more roots flavoured road. The song eschews an instrument-driven production in favour of a bare-bones, low-key variation of her previous endeavours.

This style reflects the nature of the song; a personal self-assessment. The assessment is more effective when not coming up against competing sound sources or inessential elements.

That’s not to say that My Head (I’m Not Sorry) is without embellishment altogether. There are a series of striking vocal harmony parts, most poignantly used post bridge section before the resolving chorus cycle. There is also a suite of light touches including pads, additional guitar lines, and the recurring vocal chant effects. These enhance the idea of the internal with a very external embodiment of the stated declarations.

A subtle jazz-blues like strumming style via an acoustic guitar establishes the rhythmic pulse of the track early on. This becomes the underpinning groove around which the song evolves. The verses flow effortlessly into the chorus, which ascends to its crowning line after a cleverly appropriated use of ‘sorry’, which one can easily imagine an audience finding allegiance with.

Yet, this seemingly innocuous apology is turned on its head with the end line. It’s an admission that sounds more like a reflection of self-discovery. Hope’s voice is finely attenuated to this realisation, with the verse’s subtle confluences differentiating fluently with the chorus’s admissions.

My Head (I’m Not Sorry) lures in the same way it appears to comfort. It eases you into moments of introspection that are awash with pleasing musical motifs that seem both rejoiceful and consoling.