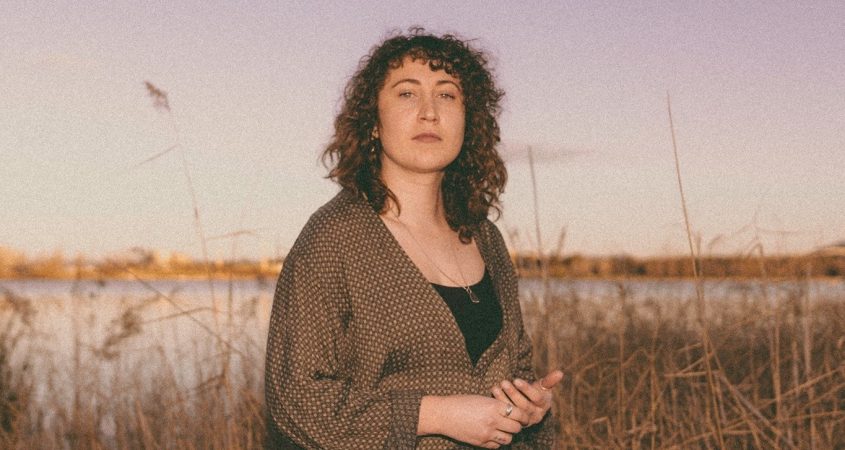 Actually, I might rescind my use of the word emerging; I don’t know why I and others use it anyway; it’s quite a vacuous descriptor, expired as soon as it’s uttered.

Hope is not emerging. Hope is already here, fully-formed, beautifully haunting amid an expanse of guitar effusions and double-barrelled lyric projectiles, spinning in this fine balance of indie spark and mainstream fare.

First up is Bloodless. A slow shuffle feel, ghostly guitar notes and Hope’s burning cadences, wonderfully restrained at this point in the EP’s narrative.

L.I follows, with its relatively optimistic tilt and country-like effervescence despite the quite surprising, but no less enjoyable, expletive that turns this track into an outpouring with bracing grit.

With You & Other Drugs, the heat gets turned up, with Hope’s voice augmented by some playful muted guitar spearheading the track and a series of vocal chants that will no doubt make a good departure point for some excellent artist and audience symbiosis.

Hope’s last single Fly for Me is up next, a swirling acoustic guitar and vocal fragility that creates what is initially a sensuous sort of amalgamation that ascends into a maelstrom of soaring, crosscurrent lines and band dynamics.

This segues efficiently into the last track, Coffee Cups, with its fiery stadium rock opening and high and low voltages throughout. Hope’s set finale? I bet. A perfect closer. It carries within its pulsing veins many of the stand-out characteristics of this artist who, despite this being a debut EP, effortlessly reveals an implacable emotional sophistication on every track.

Coffee Cups the song is a musical peroration that certifies all that has come before; a series of tunes with affecting raw valour, flair and finesse. It’s music for the aching heart.