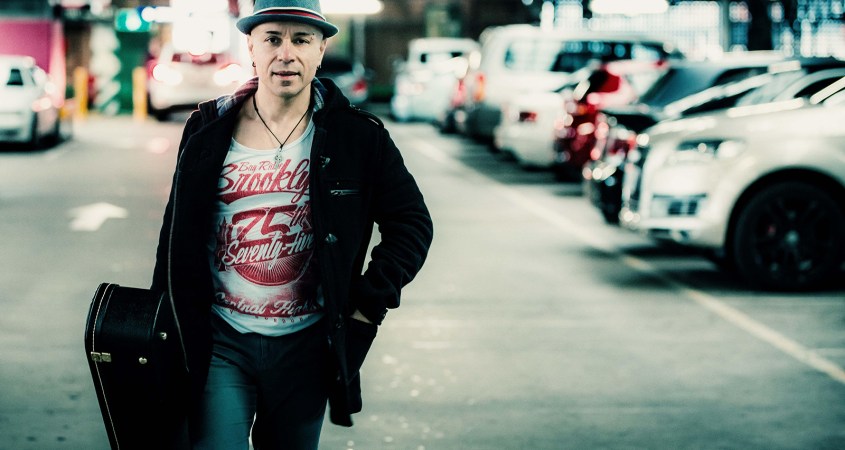 Dino Jag When The Day Comes review by Vince Leigh

Dino Jag’s 2020 release, Can’t Keep Still, was inspired by that year’s bans on public venue dancing in Australia. The track generated across-the-board radio play, decent streams, and was only kept from the AIR charts #1 position by none other than Ms Minogue.

Dino’s new release, When the Day Comes, was also triggered by the dreaded pandemic. As Dino says about the track’s origins:

“When I was working on When the Day Comes, we were in the thick of all the snap lockdowns and travel restrictions across Australia. That kind of isolation also creates the perfect storm for reflection.

“With all the uncertainty going on, I started to look back and question some of the choices I’ve made in life. Some of those musings found their way into the song.”

When the Day Comes was written during a series of online writing and production sessions with Ryan Tedder (OneRepublic, Adele, Ed Sheeran, Stevie Wonder, Paul McCartney). Dino has gone full pop mode on this new one, and the shift sounds effortless and convincing.

The song contains enough melodic supplication and emotional energy to appeal to a wide range of music lovers. And it also includes enough nods to the past, and the now, to appease the most discerning genre-fussy streamer. ‘I got no religion, but I got intuition’, the opening line declares. And as far as an opening line goes, it’s not too shoddy.

The verse in this track is where it’s at. Still, the pre-chorus is also worth writing home about. It’s almost a chorus, with the designated chorus acting more as a kind of resolve. It utilises vocal layers and chants and space to initiate a response from the listener.

Dino’s vocal is ablaze on this. It transfuses from a style that’s somewhere between John Legend and Gavin De Graw. It exudes a sense of urgency and unfettered, persuasive authority.

When the Day Comes will undoubtedly give the award-winning South Australian musician a notable boost, exposing his considerable music know-how to a broad audience.