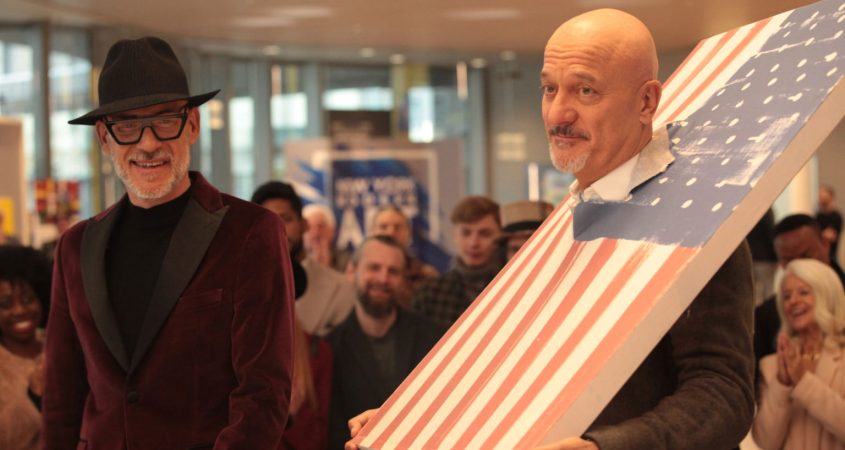 Feeling unloved and at emotional rock bottom, Diego (Claudio Bisio) chances upon a shop that survives on the strength of its patrons’ donations because it has nothing to sell.  Its owner, Massimiliano (Sergio Rubini), offers only conversation, old-fashioned amusements, and the very best biscotti.

Conversation with Massimiliano and his assistant, Edoardo (Flavio Insinna), inspires in Diego a desire to solve the problems of all those he cares for: his daughter, Laura (Lorena Cacciatore); his friend Loredana (Lucia Ocone); his father; his mother; his brother; even his ex-wife.

Well-meaning though he is, Diego’s plans go awry with unintended, if not disastrous, consequences.  His previous problems are as nothing in comparison with those compounding as his schemes unravel, often delightfully.

Bisio invests Diego with a charmingly devious integrity, and from the outset we are on side as he faces, with grace and aplomb, the reality that no-one dear to him seems to care for him — or, at least, to care enough to have time for him.

With Rubini’s Massimiliano the epitomy of compassionate good cheer and Insinna’s Edoardo his comically good-hearted but inept sidekick, the three inadvertent partners in crime make terrific foils for one another.

If You Care for Me has a good deal of heart.  What Diego tries is neither crass nor predictable, and everything going wrong does so for reasons that make sense.  Along the way, we meet a group of people we recognise — people whom, as in life, we like, dislike, want the best for, or want to slap.

A mix of feel-good drama, gentle comedy, and a little romance, If You Care for Me makes a lovely diversion at any time.