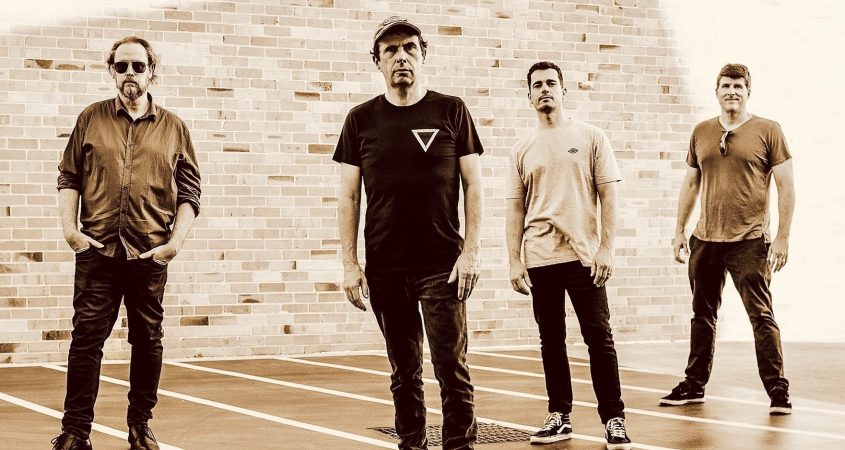 The Sydney indie-rock band Josh Orange is about to release I Feel Love, the fourth single from their Midnight Lights album, and wear its dedication on its sleeve.

Josh Orange was initially formed by Andrew Wass (guitars/vocals) and Gordon Burke (vocals/acoustic/keys) in 2004 and joined by Alex Miller (drums) in 2006. Their first full-length studio album was released in 2006. With the recent addition of Gavin Perkins on bass guitar, the band recorded and released their fourth studio album, Midnight Lights. The album has had three single releases and three number 1’s on the AMRAP metro charts.

“The song is a dedication, a way of paying homage to the sheer beauty of the album Rrakala and the impact it had on me personally and spiritually when I first heard it.”

The Indigenous Australian artist from Elcho Island in far north Arnhem Land was born blind, yet by the age of 18 he was singing and playing in legendary band Yothu Yindi. He then went on to co-found Saltwater band with the help of his great friend, producer, and fellow musician Michael Hohnen.

He sang in his native Yolnu tongue with a voice that is beyond comparison; it combined beauty and pain in its purest form.

Josh Orange’s new track is a subtle folk-rock amalgamation, gingerly utilising instrumentation and astute performances to highlight a sense of solemn tenderness. This application seems to work, giving the song a sense of relatable, emotional substance. The song does have an inner pulse supporting the melodic choices, but it is perhaps the vocal performance that carries the most weight, fragility mixed with a palpable reverence.