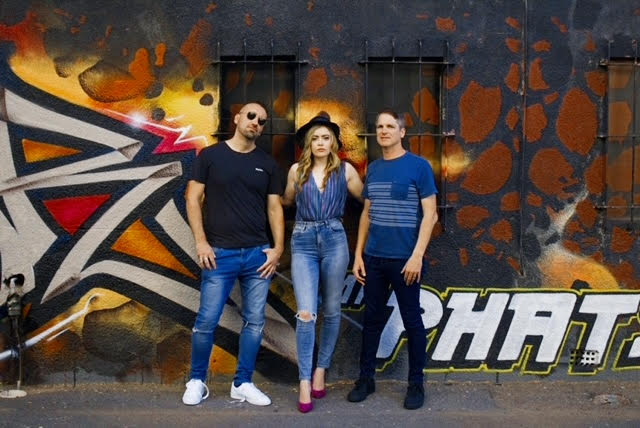 Canberra-based electronic group Mechanism Of Action has released their second single for the year, Alright. The new track follows a series of singles released through NYC based label Bentley Records, as well as independently.

The group—comprising Maestro D (Denis), CL (Craig), and Alicia—formed in 2018, hoping to initialise a fresh approach to the local electronic music scene. As Denis says about the group’s objectives:

“We’d really like to put Canberra on the map in terms of electronica. Canberra has had some successful acts of late, and we’d like to do our bit.”

And if Alright is anything to go by, Mechanism Of Action is sure to leave a decent footprint on that map.

Drawing from a deceptively expansive inventory of musical strains, Alright manages to form a cohesive whole utilising a couple of dominating styles—trap and indie R&B—while subverting the more obvious characteristics of others, such as hip hop and dance. Despite its reliance on technological wizardry, the latest track reveals a convincing, robust melodic core.

There is a dream-fused song beneath the surface sheen, variegated and possessing all the requisite satisfying qualities. The track is bifurcated, with the verse and the pre-chorus parts utilising downtempo traits, ones that verge on trip-hop, while the chorus aims for the full trap electronica treatment with a few healthy sprinkles of pop.

Amid the converging alliances of strangeness and tonal surprise in the chorus, there is the entreating vocal from Alicia, gingerly providing an unassuming yet striking counterpoint to the musical landscape.

With this in mind, the track nonetheless adheres to some of the tropes of this hybridised genre.

The post second chorus breakdown allows for a noticeable but unobtrusive gear change, the vocals letting the synths and keys take over the melodic load, as well as providing a welcome variance in atmosphere. What follows is some cleverly allotted space and the re-introduction of the anticipated chorus for the track’s conclusion.

Alright will certainly convince Canberra listeners that Mechanism Of Action is doing their bit for local electronica, and undoubtedly unveil the group’s charms to a global audience.