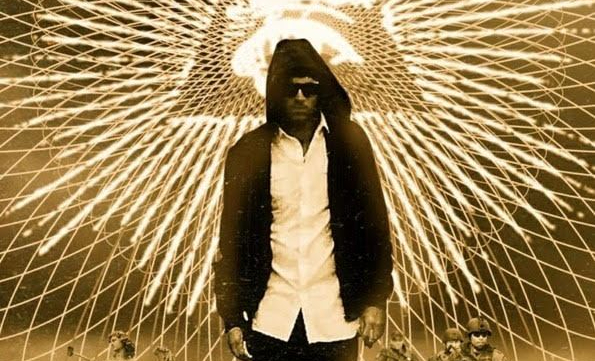 Ten years in the making, Iluminative’s rise to national prominence as one of Australia’s leading, cutting edge exponents of Aussie contemporary rap is no surprise to many. With the astounding success of the previous singles Know Yourself, Sacred Temple, and Kundalini Rising under his belt, Genius Code certifies Iluminative’s creative energy as he once more ventures into electrifying, galvanising territory: forging an unstoppable, imitable style and revealing the kaleidoscopic breadth of his musical sensibilities.

As the Byron Bay-based musician says: “I represent the esoteric, nature, the spiritual. This is not an image; my music is me.”

As two of Iluminative’s previous singles revealed—Kundalini Rising and Sacred Temple—the multi-talented musician,  producer, and songwriter characteristically focuses on a rapacious, blistering rap-rock base and imbues it with a bold, searing lyric to get his point across. With Genius Code, this amalgamation has been brought to a boil, creating a hypnotic and, in some areas, cathartic musical exposition.

The track captures the nexus between Iluminative’s core considerations—veracity and innovation. As Iluminative has said about his creative process:

“I like to live my life first then write about important life experiences and topics, make them universal. I then find music instrumentals that are great and try to fit my writing into the instrumentals. I play around with melodies and pitch to see what works. At the end of the day, I stick with what works the best after experimenting.”

An exhilarating addition to his body of work, Genius Code will affirm Iluminative’s standing and help facilitate national and global recognition.