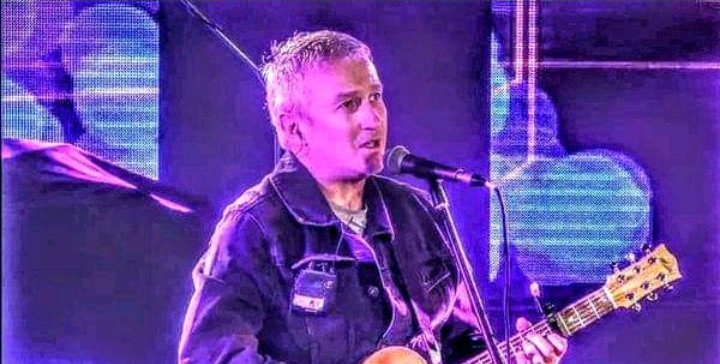 Wallace Mair grew up on the Mull of Kintyre, Scotland and has been performing since he was fourteen. He moved to Canberra five years ago and has just released a new track This Is Paradise, taken from his 2019 album What’s in a Name.

Wallace has had some chart success with another track reaching no 5 in the UK and Irish country charts, so it’s no surprise that what we get with This is Paradise is an accessible country-tinged pop ballad whose potency relies on a directness, an endearing intimacy that lays bare the constituent factors of dedication and devotion.

The flag waving line here is, ‘I know I love you that’s for sure.’ That end qualifier is imbued with a casual assuredness that sounds fittingly close to absolute. There is nothing like certitude when declaring such emotionally unreliable, high-risk statements. This has the beneficial aspect of helping, perhaps to remove any doubt the intended recipient of such statements might have.

As well as the barebones nature of this affirmation, Wallace Mair utilises the unassuming demureness of his voice to disarm and charm and, for the most part, his efforts are unassailable. The instrumentation reenforces Wallace’s intentions, with a lone acoustic guitar gradually acquiring apt accompaniment along the way, including a light application of strings and charm-heightening background vocals, all contributing to a gentle amplification of intent, establishing the universal through the intimate.

After all, as singular as Wallace’s tempered outpouring is, its very sense of uninhibited naturalness shines straight through, proving the dual effect of his pointed admission; it appeals to the direct target with as much vitality as it does to a more broader and unsuspecting audience.

Although we are routinely exposed to the strains and resonances of any number of brooding heart-on-every-part-of-their-sleeve balladeers, Wallace Mair seems to have found a place in this coterie as a result of his adept song writing and his concordant voice and, of course, the pleasing, effortless way in which that is used.