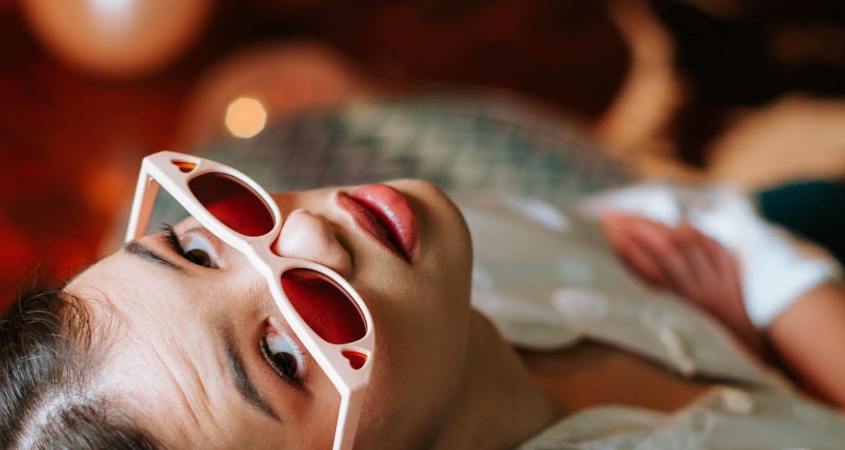 Lucy was named the National Folk Festival Youth Ambassador in 2020, was the recipient of one of APRA AMCOS’ Women in Music Mentorships as well as a part of their inaugural Song Generations writing camp at ANU School of Music and featured on and co-wrote the track I’d Do It All Again with Australian artist LANKS as part of his anticipated upcoming double album Spirits.

Lucy has been performing around Canberra since she was nine and this has served her well, going on to share the stage with such notables as Sheppard, Ali Barter and Nicole Millar at Canberra Day in the Park, and John Farnham and Daryl Braithwaite at the Anthems concert at the National Arboretum Canberra.

Lucy has just released i wanna kiss boys cos i’m bored and that title alone is enough to endear the track to these ears. Yes, there is a confessional element to this semi-sassy pop daydream but it’s communicated with what seems like such a sense of extemporaneous poise that it feels more judicious, as though Lucy understands the nature of her declaration is a little more than mere admission.

The surrounding surfeit of fuzzy pop ingredients, the thick lo-fi goodness of the drums, its fly-in-fly-out tendencies, the chiming sweetness of the keys and beachside breeziness of the acoustic guitar also contrive to frame this track as an unapologetic leap of lucid, alluring melodic invention.

And Lucy’s courtly performance is, of course, more than just icing. In the verses the low register hums with a knowing cadence, in the chorus the hook is solidified by the sweeping swirl of a semi-swagger, a confidence that in no way betrays the hint of vulnerability we sense in the song’s title.

i wanna kiss boys cos i’m bored seamlessly blends an untethered element to a very defiantly pop aesthetic, creating a leisurely, atomizing musical experience, with a touch of playful, idiosyncratic enticement thrown in for good measure.