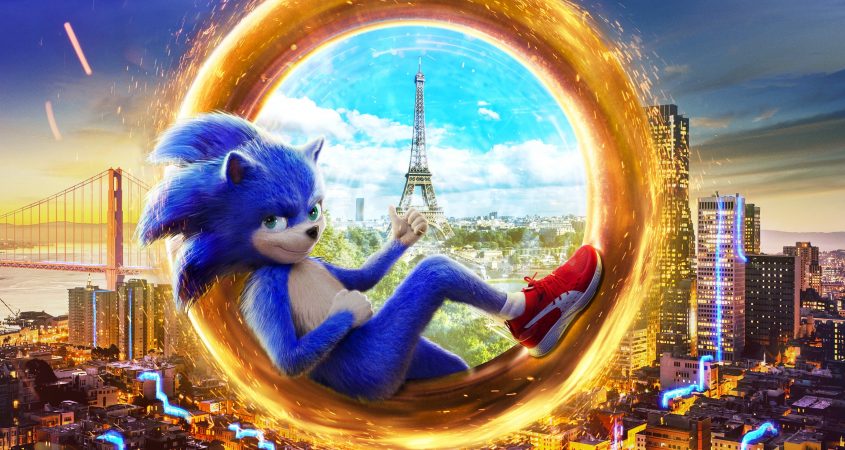 Through watching its title sequence or otherwise knowing that Sonic the Hedgehog began life as a game on the Sega computer, you might expect a family-friendly animation built of stock action sequences and occasional laughter bonuses. Actually, though, the film is built rather on the development and interactions chiefly of its very likeable lead characters: Sonic (Ben Schwartz), a refugee from the invasion of a very distant planet; Tom (James Marsden), a local policeman in Green Hills; and Tom’s fiancée, Maddie (Tika Sumpter). Even their enemy, Doctor Robotnik (Jim Carrey, almost unrecognisable in a major departure from previous comedy roles), enters into the film more for his character than for the diabolical weapons he deploys against them or his cunning ploys.

Sonic, discovered by the U.S. military after accidentally releasing an excess of energy and tracked to his lair by Doctor Robotnik in an alien anti-terrorist role, seeks shelter in the garage of his family of choice — Tom and Maddie — who have never seen him before. When Tom’s conscience and compassion lead him to try to save Sonic’s life, his own life becomes a hilarious mess fraught with deadly dangers from the almost unstoppable Robotnik.

The plot isn’t terribly complex, and in that sense it’s a film that the younger members of the audience will fully appreciate; but, though most of those who watched it on Palace Cinemas’ second day of operation after its COVID-19 closure were young only at heart, they clearly enjoyed themselves. The entire film is a hoot from beginning to credits extras, with a soundtrack everybody can enjoy, high-quality computer animation embedded beautifully into live action, and appealing cityscape and country footage. A great start to the school holidays, it’s also a charming way to reacquaint ourselves with the large screen.