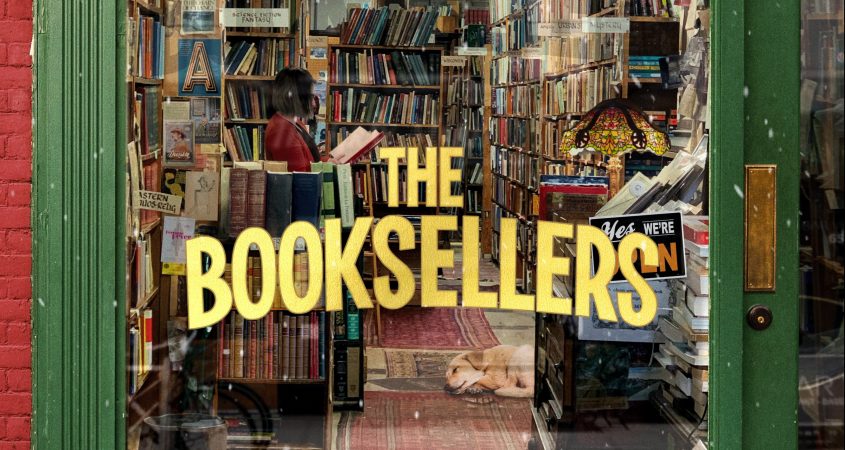 “Books are a sort of cultural DNA, the code for who, as a society, we are, and what we know. All the wonders and failures, all the champions and villains, all the legends and ideas and revelations of a culture last forever in its books…. Taking books away from a culture is to take away its shared memory.” So wrote Susan Orlean in her 2019 ode to the library, The Library Book. Orleans’s and several others’ sentiments on the importance of books are voiced at perfect moments in D.W. Young’s documentary The Booksellers, a film that deals certainly with the business of acquiring and selling rare books but focuses primarily on what this process means and brings to those involved.

The film deals almost equally with sellers of antiquarian or rare books and the collectors with whom they deal. “The only thing [sic] I regret are the books I never bought.” This is the kind of sentiment that some of the world’s prominent collectors of books voiced in the documentary. But the rarity of a book for which somebody has hunted for years can make the hunt a joy in itself.

It may seem to some that even the evolution of book collections into entire archives incorporating visually stimulating ephemera will be too little and too late to save the book from extinction by e-book reader or, even worse, by functional illiteracy. The book is often touted as dead or dying. Yet observers have noted that those at present reading actual ink-on-paper books on U.S. subways are twenty-somethings. It may be that, as Fran Leibowitz remarks to camera, “The death of the book is overrated”.