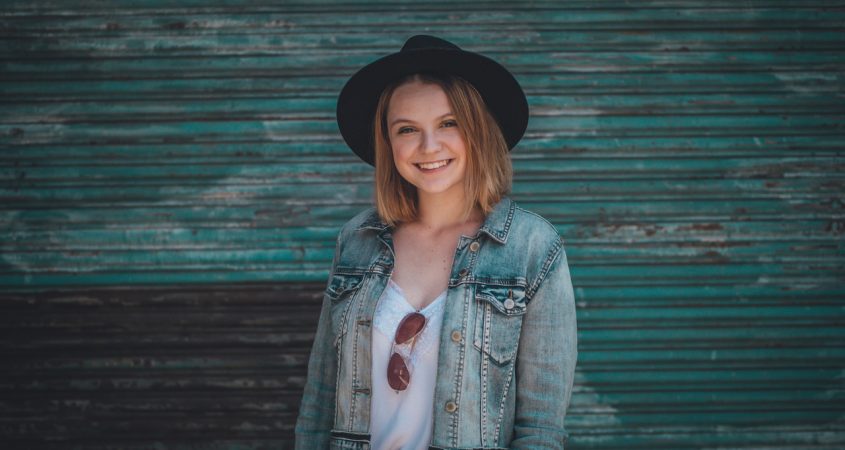 Hailing from Cobbitty, a small farming town in NSW, Grace draws on a wide range of musical influences to create an accessible style of mature pop.

In 2018, Grace’s social media success led to her becoming a finalist in the 2018 Discover Series, a talent competition which, that year, was judged by Amy Shark.

Not long after, Grace was chosen as a support act for international artist HRVY for his Sydney concert, playing to thousands of fans.

By late 2018, Grace had capped off a fortuitous year by winning the coveted Maton Guitars Britton Morrison Scholarship, enabling her to attend the prestigious CMAA Academy of Music.

And now, we have this release.

Listen Real Closely is a well-crafted work, featuring melodic structures that tick the right boxes and a lyric that combines aspects of the conventional and the poetic in a curious and rewarding way. Most notably, this is the case with the chorus resolve line, and the lyric, ‘If you listen real closely, you’ll hear as the world breaks my heart’.

At a glance, one would expect the title alludes to a more lovelorn state, and perhaps, in the end, the subject is just that. But invoking the ‘world’ in this declaration imbues the rest of the lyric with a metaphysical quality; the artist is taking the letdown hard, and this emphatic gesture establishes a silent affinity with the listener.

Grace’s restrained vocal performance adds yet another layer of enigmatic charm to the record, which is ostensibly a folk-pop medium rock blend with a dash of country. If one wanted to get a sense of the kind of song Listen Real Closely resembles, stylistically that is, Crowded House’s Better Be Home Soon comes to mind; a comparison that is not made lightly.