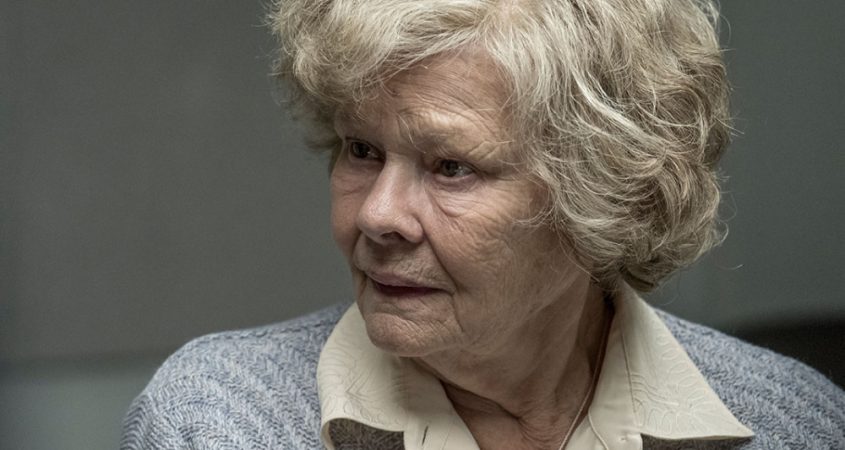 Red Joan opens by showing us the very ordinary life of long-retired physicist Joan Stanley (Dame Judi Dench) and her sudden arrest some 60 years after the end of WWII on charges of having given away nuclear secrets to the Russian Government at the start of the Cold War.

Frail and dependent upon the good will of her adoptive son, Nick (Ben Miles), who is a practising barrister, Joan finds that Nick is shocked and disgusted to learn the part that Joan played in breaking the western monopoly on the atomic bomb. This context provides a frame in which most of the movie recalls the events of the war and its aftermath.

Sophie Cookson plays the young Joan Stanley of the war and immediate postwar era, a physics student quickly befriended by fellow student and Russian expat Sonya (Tereza Srbova). From the outset of their friendship, Sonya tends to use Joan, but she introduces Joan to her cousin, Leo, with whom Sonya shares communist ideals.

After graduation, Joan signs the Secrecy Act and commences work with a physicist, Max (Stephen Campbell Moore), in Britain’s nuclear programme. But she remains interested in the ideals that communism espouses, and even more interested in the charismatic Leo (Tom Hughes), so she would seem a prime candidate for recruitment as a spy for the Russian Government. In actuality, Joan has strong principles. What they are, and how they will be tested in the face of competing loves and the disturbing readiness of U.S. politicians to use the atomic bomb, lies at the heart of the film.

Directed by Trevor Nunn, an experienced British director with even more experience in working on film scores, Red Joan combines scenes of wartime London, tension in conversation and subterfuge, dangerous action, and the vocabulary and manners of the time, subtly contrasting them with modernity, in which members of today’s security services and the media, with no experience of WWII or the early Cold War, sit in judgement on those who lived that reality.

Every scene is lit and shot with care, the whole seamlessly integrated as only British films are. Worth seeing for its exploration of the question, as relevant today as in 1945, of how to navigate the moral quagmire of who should have the power to cause mass destruction with a single weapon, Red Joan is also a very human tale of love and betrayal whose ending will remain in your thoughts for some time.