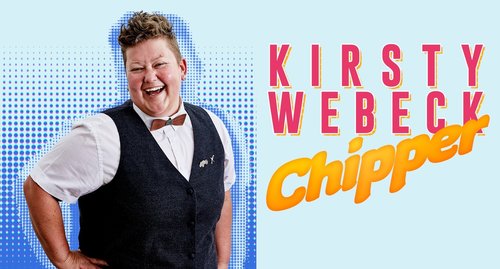 People love talking about the moment they realised they’re old. From wrangling errant chin hairs to being livid when invited to a party through to telling your friends’ children that you remember holding them when they were a tiny baby while they roll their eyes at you.

For me, I realised I was no longer a young person when I started defending my hometown, Canberra, with a fury the intensity of a thousand burnouts at The Summernats.

When I first moved away at the wise old age of 22, I was desperate to get into the world and see what else was out there. I’d had a lovely time growing up in Canberra but it was time to move on. I remember sadly farewelling my family and Kingsley’s Chicken before I boarded a plane for Taiwan.

The first people I met scoffed when I said I was from Canberra. “I know. It’s the worst place in the world,” I agreed. Admittedly at this stage, I hadn’t been to Adelaide. (Just kidding, Adelaide, I love you).

I later found out that they’d never even been to Australia let alone the nation’s capital.

I remember feeling guilty. Canberra had always been good to me. We had an EARTHQUAKE SIMULATOR at our fingertips right there at Questacon, for the love of God. How could anyone who grew up in the ’90s in Canberra complain about their hometown when they could head down the road and get shaken around for 20 seconds on a whim?

I should point out that I never felt guilty enough to refrain from mocking Canberra as I travelled around the world and met more and more people with unfounded opinions on Walter Burley Griffin’s masterpiece. To be fair, practicing gratitude is not a popular hobby for the young.

I was about 30 when it first happened. When I became acutely aware that I was ageing.

I met them at a barbecue.

“Oh you’re from Canberra. How awful.”

“Actually, Stacy, I think you’ll find that Canberra’s beautiful and clean and safe and friendly.”

The words just tumbled out of my mouth with no warning. Straight from the heart.

It was a slippery slope. Before I knew it I was preaching to people about how it’s a wonderful place to raise a family.

“It’s got beautiful, clean facilities for children, including wide open spaces and a great education system.”

WHO HAD I BECOME? I don’t even want children, yet here I was, someone in their 30s, finally reflecting fairly on a city which had given her many things including a great childhood, unbelievable chicken, and awesome chips.

And it is a great place to raise a family. That earthquake simulator is still there. Where else would you raise your children?

Kirsty Webeck is a Melbourne-based comedian taking Australia by storm. Most recently seen on the Melbourne International Comedy Festival Roadshow, The ABC’s Tonightly with Tom Ballard and opening for Joel Creasey at The Enmore Theatre.

Her critically acclaimed solo show Chipper comes to Canberra on 27 & 28 June at Civic Pub. The 28th is sold out and limited tickets remain for the 27th. Tickets available through www.kirstywebeck.com/upcominggigs