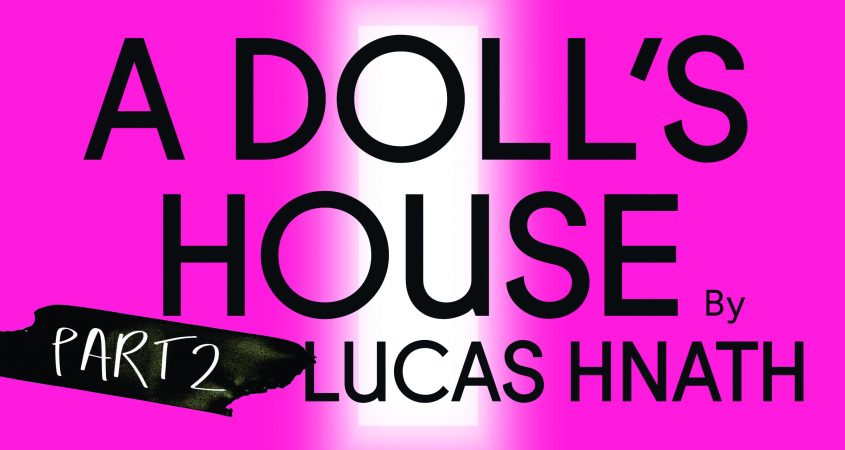 Let me tell you a story about a woman who desperately needed a new start, away from her husband, three children, obligatory role of a house-wife and all of society’s expectations. Nora needed it, so she took it, thus concluding Henrik Ibsen’s original play A Doll’s House (there is more to the plot than this, of course, but this is all you really need to know).

Now, in Lucas Hnath’s Broadway hit A Doll’s House Part 2, Nora is back, and the reaction is… mixed.

This BMA writer happily sipped lattes at The Street Theatre café (top coffee, by the way) and chatted the ins and outs of these love-to-hate-to-relate-to characters with actor PJ Williams, set to play Nora’s on-stage husband, and ADH2’s Director Caroline Stacey.

“For Nora, leaving was the only option she could see,” said PJ of Nora’s initial decision to pull up stumps from a repressive 1890s setting.

Caroline nodded her agreement, “Nora was morally and ethically compromised on many, many levels, so there was a need to address that as much as a need for self-actualisation. She had to go.”

Now fast-forward a decade and a half, and the disruptor returns to the site of the disruption, opening the door to questions like why did she leave, and why the hell is she back now? Oh my, there are going to be some harsh words and emotions laid bare (and to be stomped all over)!

The play is primarily a drama, centred on family relationships, expectations and what happens when one puts their needs above the rest.

The original A Doll’s House was written in 1879 and set in a Norweigan town, yet still holds much gravity and relevance today.

“The original was hugely controversial in that she walked out at the end,” PJ said.

Nodding in agreement, Caroline continued, “a mother leaving her children, that’s a big deal – women are simply not allowed to do that… It’s funny how much things haven’t changed in many ways.”

True to the timeline, this sequel is set 15 years in 1894. However, it was written in 2017 with Hnath’s contemporary dialogue keeping it fresh, engaging and relevant.

PJ described playing the role of Torvald, Nora’s husband, and father to their two boys and sassy daughter Emmy as a ‘gift’.

“I’ve been separated, just about every male I know has been separated or divorced or has remarried, and we’ve all been through that process.

“Torvald is somebody who has been closed off and shut down, and the lid comes off. He is forced to respond and address his perception of what happened versus hers and see if there is somewhere between those two places they can agree.”

If this all sounds more emotionally gut-wrenching than the first time you saw Titanic (or the last time you watched The Lion King), fear not!

“It’s not a turgid drama,” PJ commented. “It’s very funny. It’s like WWE meets period drama, there’s an opinion behind every person and its battled out on the floor.”

Caroline quipped it’s not unlike watching the ultimate footy grand final when you find yourself barracking for the other team.

Quick to add to the metaphor, PJ said: “Ultimately, it doesn’t matter who wins, it was a good match! The contest here is the thing. Each of the characters have their moments. But at the end of it all, who wins or who doesn’t becomes irrelevant.”

If you scored over 5:
This show is for you – you’re likely to see yourself and those you know in multiple characters

If you scored 5 or below:
This show is also for you – you might just learn a thing or two about love, life. and consequences

A Doll’s House Part 2 by Lucas Hnath is on at The Street Theatre from 14 – 23 June. Tickets range from $30-$55 and are available from http://www.thestreet.org.au/shows/dolls-house-part-2-lucas-hnath