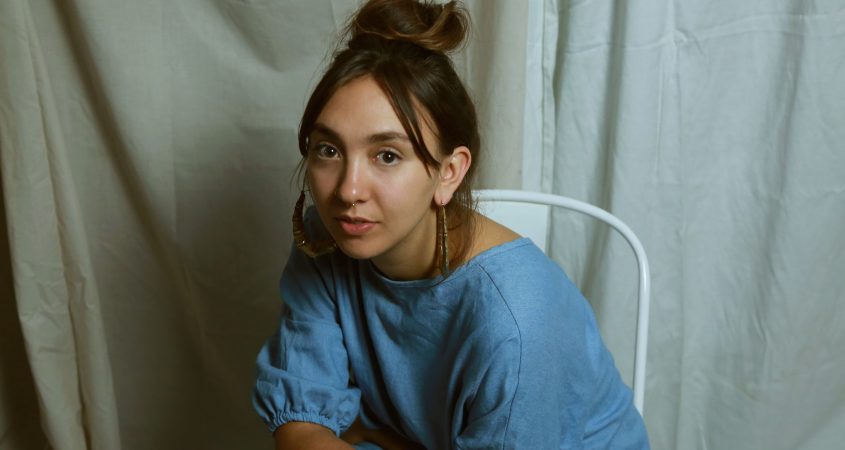 Canberra Theatre is hosting the Reconciliation Day Eve Concert on Sunday, 26 May and features some of the country’s strongest voices in Briggs, Yothu Yindi and The Treaty Project, Emily Wurramara, and Alice Skye.

I was given the chance to talk to ALICE SKYE in the lead up to the event; a very welcome opportunity, after I had caught two of her performances at the 2018 National Folk Festival where I was impressed by her musical attributes.

To state some context, 23-year-old Alice is a Wergaia and Wamba Wamba woman, raised in Horsham near the Grampians in Western Victoria. She has lived in Melbourne for the last five years.

Alice was the winner of the triple j Unearthed search for A Deadly Performer at the 2018 National Indigenous Music Awards, where she was also nominated for Best New Talent and Film Clip of the Year.

Alice toured in 2018 with Emily Wurramara (it’s well worth finding their performance of Lady Blue on YouTube…[which I have lovingly linked for you just below – Bossman Al]) who she calls, “a sister, and wonderful support; especially with both of us being in similar stages of our career”.

Alice’s first album was 2018’s Friends With Feelings, in which most of the lyrics were “inspired by diary entries from my journal written when I was 17 through to 20. Sadly, the journals were lost on the return flight from the Caama recording studios in Alice Springs!”

It is worth highlighting the power of Alice’s voice. She can hold an audience captive with the soft and gentle phrasing of her lyrics, before raising the power of her delivery. My notes from her 2018 Folk Festival performance include enthusiastic scribbles of adjectives like ‘haunting’, ‘evocative’, and descriptions such as, ‘light and shade’ and ‘a voice perfectly suited to sing about individual angst as well as emotional confusion and pain’.

The title track of Friends With Feelings, Alice reveals, was motivated by a friend’s suggestion that Alice assign colours to emotions. Indeed, friends play an important role in Alice’s career; her band consists of school friends, a group which she describes as having, “a seamless dynamic and an honest interaction”.

Of her early influences, Alice has an array of folk to hand.

“Missy Higgins, Regina Spektor and The Cranberries,” she reveals, before going on to say, “I would have loved the chance to sing with The Cranberries the most.”

On more modern influencers, she includes, “Phoebe Brooks, Lucy Dacus, and Mitski.” I note that she likes artists whose voices are instantly identifiable.

When asked which song she would most like to perform, and put her own stamp on, she was quick to answer.

“Whitney Houston’s I Wanna Dance With Somebody. I actually had the wonderful experience of singing it with Clare Bowditch when I appeared on her radio show, which was really special. Among the audience responses was a comment from a listener that said it was the saddest song she’d ever heard!”

Putting your own stamp on, indeed! In fact, Alice goes on to remark: “My family believes I can make any happy song sound sad!”

Her performances may not be a happy-fest, but they are moving and emotionally mature experiences.

Alice draws inspiration for her lyrics from books, surroundings, connections, and friends. “I often have to hurry home and be alone in my room to put down a melody or lyric as soon as it forms in my head,” she says. “I have more ‘thoughts to song’ lyrics these days, which will be different from Friends With Feelings due to the change I feel in my attitude and greater experience. I’m writing from a different perspective now.”

Alice is discovering the shifting boundaries of her comfort zones through her music. As a performer, Alice can appear shy and vulnerable, but simultaneously enthusiastic, happy, and confident in her vulnerability, both in self and in lyric.

The Reconciliation Day Eve Concert happens at the Canberra Theatre, 6:30pm and features Briggs, Yothu Yindi and The Treaty Project, Emily Wurramara and, of course, the lovely Alice Skye. Tickets are $49 + bf and are available from https://canberratheatrecentre.com.au/show/reconciliation-day-eve/