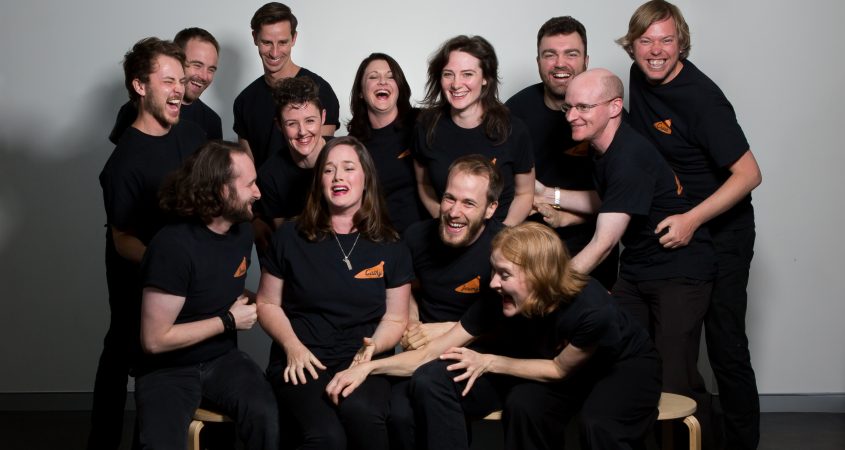 Improvised comedy pushes through the fear of the unknown. The troupe takes a blank stage and works together to create characters, relationships and stories. Suggestions from the audience often inspire our scenes. When improvising, you write, direct, edit, act, and collaborate all at once. It can be absurd. It can be heartfelt. It can be, and often is, hilarious.

Before we started Lightbulb in 2016, there was no dedicated improv troupe in Canberra. An improviser, Merriden Varrall, moved to Canberra from China where she’d been a member of the Beijing improv troupe for five years. She missed it intensely and saw the gap. Merriden connected with local improvisers, Lou Maconachie and Amy Crawford, who got behind the idea of a trained troupe providing slick and fun shows for Canberra.

Lightbulb soon had 12 performers ready and willing to commit to training. We train every week for three hours. Onstage improv is spontaneous, but like a jazz musician, you train technique, reflex, and ability. Characters. Voice. Movement. Connecting. Narrative. Relationships. It’s like a well-oiled machine. A machine that has no idea what widgets it will make, but still well oiled.

It sounds wanky, but basically we want to capture the essence of what it is to be human. This drives real reactions, performance, and genuine audience laughter. A “normal scene” overlaid without the social niceties gets the hardest laughs. Such perverse joy!

We love using people’s real stories as springboards for our scenes. That pearl of truth from that story, put into unknown situations, creates amazing depth of humour.

Who/What influences you as an artist?

We are influenced by storytellers and clowns. We are less ‘stand ’em up, make ’em laugh’ improv as seen in American colleges, but more driven by Keith Johnstone, the father of improv. He says: “The best laughs are on the recognition of truth.” Clowning delivers truth in a very physical way – clowns do what they want, when they want.

That we’ve succeeded in creating a strong bond between all our performers. Most of our troupe have been with us for three years so it’s like a second family. They all have your back on-stage. It makes you fearless.

Continue to train and play hard. Perform monthly at Smith’s Alternative. Support local festivals. We’ve got some thoughts on collaborating with local script writers – a blend between the known and unknown. It’s still early days on that. We’ve started running a drop-in class for people to come and train like us. Wednesday nights 7:00 – 9:00pm at Playing Field Studio.

We’d love to create more cross-over between art forms. Because improv draws from foundation skills used by actors, musicians and comedians we’re keen for more collaboration. This has propelled Amy and Lou to set-up “Strong Female Lead” under the Lightbulb banner. It showcases all forms of performance art and the amazing talent of Canberra women.

What are your upcoming performances?

You can catch us monthly at Smiths Alternative. In June we’re going for some high-risk improv, with a spontaneous musical. It’s completely improvised on all levels: the musician creates a song, we create the melody, lyrics and weave a story right before your eyes. We might even dance.

Lightbulb also co-produces the four-night Canberra Unscripted festival in September at The Street Theatre. Lightbulb will open the festival again on 19 September with its usual brand of mischievous yet sincere unscripted theatre. 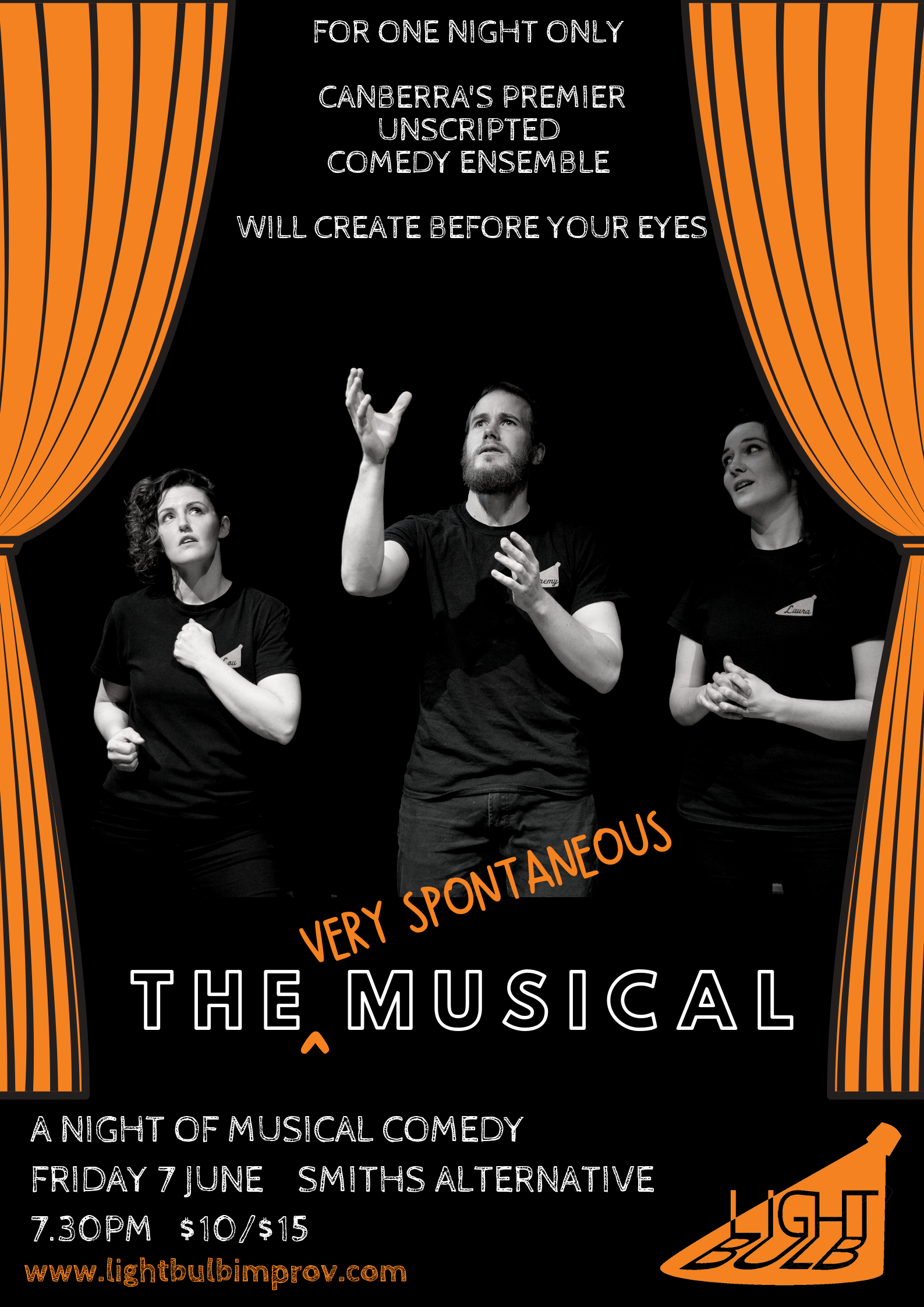 Check out www.lightbulbimprov.com for information on the monthly shows at Smiths, the Canberra Unscripted Festival and other shows around Canberra. You can also find Lightbulb on facebook www.facebook.com/lightbulbimprov or follow on instagram @lightbulbimprov