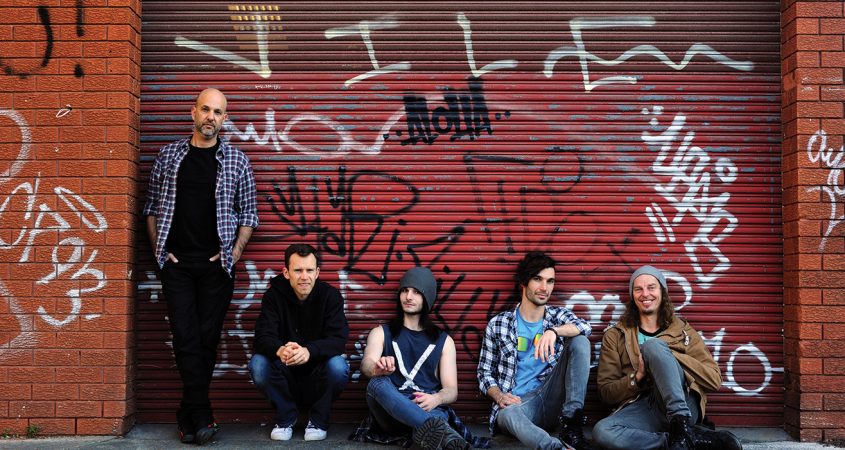 Each decade throws up its share of icons. But somehow the 90s feel different, as though they are particularly saturated with musical and cultural megastars. Their importance isn’t lost on David Moses, the drummer for Sydney’s premier ’90s covers band, ROYALE WITH CHEESE.

“Our 90s show brings back a lot of great memories for fans of that time,” says Moses. “There’s something special about celebrating that period of our lives in a communal setting, be it dancing to Fatboy Slim, singing along to Wonderwall or moshing out to Rage Against the Machine.”

Royale With Cheese bring together music from the seemingly disparate ’90s subcultures. Britpop, Grunge, Alternative, Pop and Oz Rock are all represented, making their shows one of the few places you can hear ‘All The Small Things’ next to ‘Baby One More Time’ in a live setting. And once you delve into Moses’ own story, it’s easy to see why he, like countless others, feels a strong, personal connection to the music of that time.

“I was lucky enough to travel through Europe and live in the UK for most of ‘94-‘95,” he says. “It culminated in all the amazing festivals in the summer of ‘95. It was an incredible time. Britpop was exploding while bands like Pearl Jam, Smashing Pumpkins, Soundgarden, Red Hot Chili Peppers were all touring. Everyone was still mourning Kurt Cobain but at the same time celebrating all this great music.”

Perhaps that’s part of the reason that music has such nostalgic power; it’s the medium that brings together personal memories and world events and ties them together. Music recalls the atmosphere of a moment in time like nothing else. Recent scientific reports even cite music as more readily memorable than photographs.

“For those who lived through it, I know they’ll have a sensational night,” says Moses. “We bring back those ’90s memories. It also gives me a lot of pleasure turning younger audiences on to all this stuff.”

It’s something Moses touches on a lot – how music adapts and transforms throughout history, and not always for the better.

“Don’t get me started!” he exclaims when I ask him whether he feels like something is lacking in today’s music. “Look, there’s still great music being made today, but the ’90s were special. The ’90s merged the experimental vibe of the ’60s with a punk sensibility from the ’70s and the pop of the ’80s. A lot of today’s music is a little too programmed, a by-product of all the electronica.”

ROYALE WITH CHEESE bring the ’90s to The Basement on Saturday October 7 from 8:00pm. Tickets $23.50 through Moshtix.

Support Hayden Fritzlaff on Patreon!
9% complete
When we reach $500 per month we will begin the official BMA Podcast. This will include interviews with some well-known musicians and artists, tips and tricks for publishing in print and online, as well as other discussion topics around Bands, Music and Arts in Canberra!