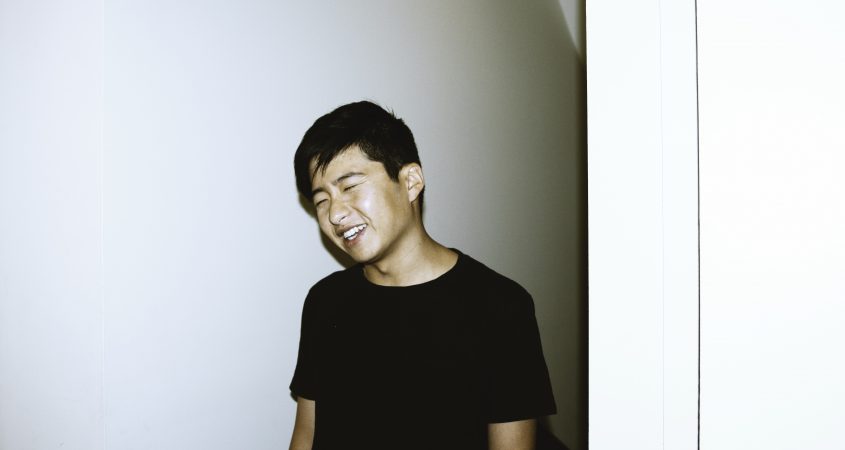 Melbourne-based multi-instrumentalist YEO has had a pretty solid foothold in Australian music for over a decade. He’s just released his latest album Desire Path, and is setting off on an 11-date album tour over September and October.

I wanted to know what Yeo did differently with this album. It’s much darker and mellower than its upbeat predecessor, and the difference seems to come from collaboration. “I had a lot more money to spend this time around … so I got a different engineer to mix it, and I also just felt like reaching out to a bunch of friends to join me on making some of the songs.”

I’d been curious about the artwork that accompanied each single release and the album itself; a series of distorted forms, bulging eyes and clouds of smoke. They were created by Ruwan De Silva, an old friend from Yeo’s Brisbane days. Ruwan draws the charcoal pieces while listening to music; limiting the time he has to complete the work. This produces what Yeo describes as a “beautiful, spontaneous sense of light and shade … it’s very expressive because he doesn’t allow himself to muck around with it too much,” a process which speaks to Yeo’s own desire to leave his work where it is and let it be, rather than obsessing over perfect details. I guess rough edges are more interesting.

­­You can write things that make you cringe, and you’re like ‘is this crap or is this honest?’

We talked about revealing things about yourself through music. “Self-censorship is such a struggle for any artist … you can write things that make you cringe, and you’re like ‘is this crap or is this honest?’” he tells me. “Every song that I write is crying out about something, it’s making a statement about something, and sometimes you want that person to know, or at least wonder if it’s about them.”

When asked about what music he’s currently listening to, he answers with SZA’s most recent release, Ctrl, which speaks to his own candidness in the music he creates. “(That’s) the album that’s consumed me the most … it’s so unpredictable and she’s just really brave.” I remarked to him how powerful I find it that an album that is so unique in its honesty about the female experience can resonate with male audiences. He agrees; that kind of universality “is the mark of a great album.”

Discussing moments in music that move you, I asked him what his favourite “drop” in a song was. He talks about the slower, bass-heavy drops, or “ones with a lot of space”, and settles on Daniel Caesar’s ‘Get You’, describing the way the song relaxes as Caesar’s falsetto washes over you like a wave, “that’s enough to make me shut up and listen.”

YEO will bring the funk to Transit Bar on Saturday October 7, supported by Lonelyspeck + ŠŁĄČK. Tickets are $18.40 + bf through Oztix.

Liked it? Take a second to support Isabella Dunne on Patreon!

Support Isabella Dunne on Patreon!
12% complete
When we reach $500 per month we will begin the official BMA Podcast. This will include interviews with some well-known musicians and artists, tips and tricks for publishing in print and online, as well as other discussion topics around Bands, Music and Arts in Canberra!