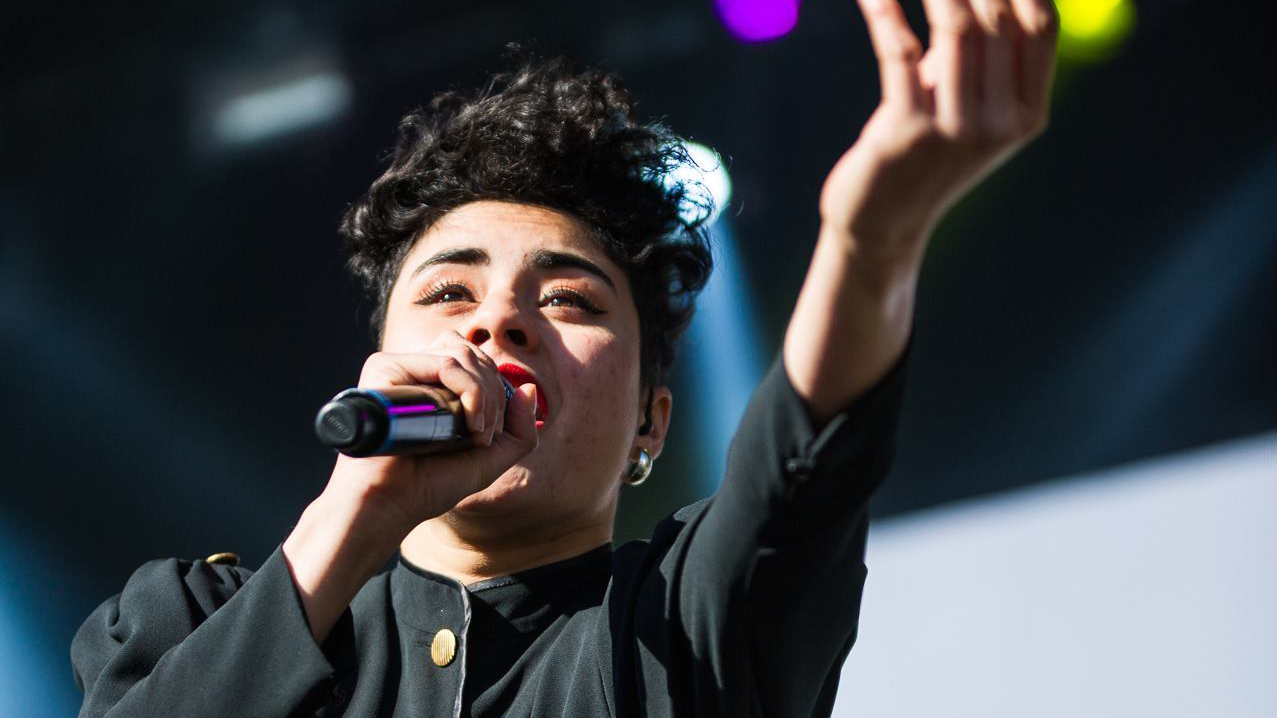 The headlines from the Canberra edition of Groovin the Moo have been mostly about the lack of pants on show (not on show?) during the day. Let’s get that out of the way first. Yes, there was a lot of lingerie on display at UC – sometimes underneath sheer, lacy skirts and tops, sometimes without. It was markedly different from last year, when flannel shirts were all the rage at GTM.

I’m no fashion guru, so I won’t comment on the relative merits of either style, but I will say this: it was an exceptionally chilly Canberra Sunday, so cold that a lot of people actually left when the sun went down, well before heavy-hitters like The Wombats and The Darkness came onstage. So no matter what your opinions are on not wearing pants, we can all agree that it’s not particularly practical once the mercury drops to zero.

This year, for the first time, Canberra’s leg of Groovin the Moo sold out, meaning long lines of people at bag check, as well as plenty of people loitering around outside, eager to snap up any last minute tickets for resale. And the music kicked off early, with the excellent Bec Sandridge starting at 10:55am. However, most people arrived after midday, many no doubt having pregamed.

There’s just something great about enjoying music outdoors, whether it’s listening to The Smith Street Band while drinking on a hill, dancing to PNAU in a huge crowd, or accidentally finding yourself in a circle pit under the stars during Violent Soho’s headline set.

A complaint my friend made, which I shared, was that because the line-up this year was so great, there was very little downtime. Yes, Groovin the Moo was so good this year. The only thing I can complain about is that there were no artists that I could just skip. No, it was straight from K.Flay to Against Me! to Montaigne (which meant we missed Northeast Party House, which is a shame – I heard they were great).

However, the curse of too much good music was made easier by the fact that GTM is a boutique experience, with two of the three main stages beside each other, and the third only a minute’s walk over the hill. You don’t know how painful it is having two of your favourite bands at a festival until you’re sprinting from one stage to the next in the full summer sun (happened to me at Big Day Out, 0/10, do not recommend). The eclectic nature of the line-up also made the day much more fun for me.

This opinion was not shared by the guys standing near me during The Darkness’ set, judging by the loud conversation they had about who exactly the fuck The Darkness were, and why they couldn’t just get off the stage so The Wombats could perform. Folks: sometimes you just have to take one for the team, and dance to a band you’ve never heard of. I’m looking at you, weird dude in a hoodie who stood, motionless, through PNAU’s whole electrifying, flawless set.

Marks down to GTM in Canberra are for things largely out of its control – like the food truck running out of chips and burgers which was disappointing, and the afterparty at La De Da, which was uninspiring, despite the efforts of the excellent Moaning Lisa to save it.

All in all, Groovin the Moo raised the bar this year. Next year, get your tickets early, lest you be one of those guys who embarrass themselves trying to jump the fence.

Support Sharona Lin on Patreon!
8% complete
When we reach $500 per month we will begin the official BMA Podcast. This will include interviews with some well-known musicians and artists, tips and tricks for publishing in print and online, as well as other discussion topics around Bands, Music and Arts in Canberra!