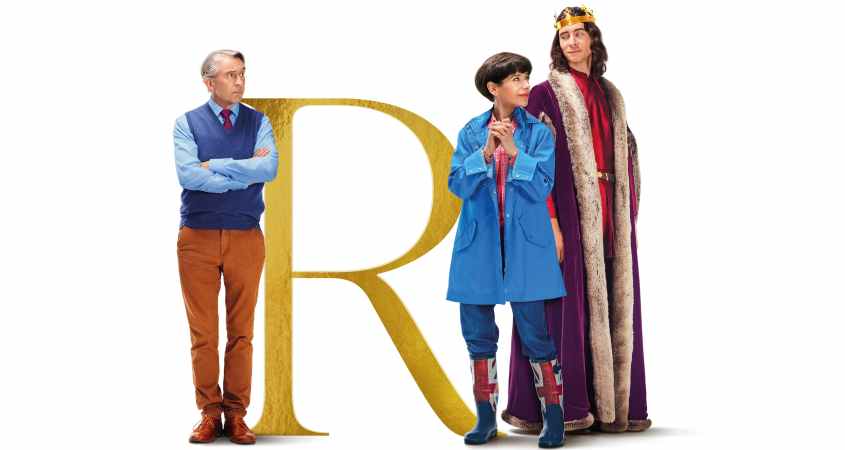 Philippa Langley (Sally Hawkins) has experienced enough presumptive discrimination in her life to recognise in a performance of Shakespeare’s Richard III the possibility that history and Shakespeare have unduly smeared the eponymous king’s posthumous reputation.  Her interest piqued, she delves into historical accounts and modern articles and books on the much maligned king, and meets members of the Richard III Society.  She is surprised to learn that there is no certainty as to where the king’s remains lie.  And she nurses a growing indignation as she finds that indeed his reputation as a frighteningly ugly child killer and usurper of the English throne arose purely through claims made well after his death — claims inconsistent with contemporaneous accounts.

Philippa’s motivation to uncover the truth and Richard’s body and to restore him to his historical place as a rightful, constructive monarch receives additional impetus by visitations from Richard himself (Harry Lloyd).

Albeit sometimes amusing, it’s more drama than comedy, and as drama it blends biopic and light fantasy, but The Lost King comes across as fundamentally truthful in portraying the strengths and weaknesses of various characters playing key roles in obstructing and/or facilitating the project of recovering Richard’s remains.

Sally Hawkins’s portrayal of Philippa Langley’s constant struggle to transcend her low energy leaves her character with a limited emotional range; nonetheless Hawkins portrays a sympathetic character, one we come to admire for her ethics and her moral fibre.

Without making heavy weather of them, The Lost King highlights with subtlety in both script and acting the many ways in which those in positions of authority can dismiss, obstruct, and even appropriate the work of another on the grounds that she holds lesser academic clout or has passed a certain age, or even merely because she is of the wrong sex.  Langley’s dogged persistence in the face of endless obstacles — personal, professional, and administrative — forms the story’s bedrock.  Equally compelling, though, are Langley’s discoveries in the process of locating Richard’s remains and restoring his reputation.