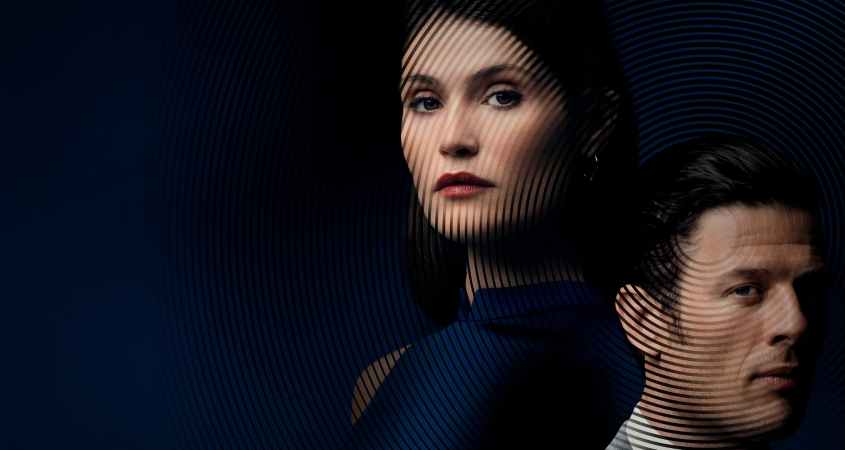 When MI5 agent Robert Hansen (played by James Norton), posing as a used-car salesman, makes a move, in the mid 1990s, on high-flying corporate lawyer Alice Archer (Gemma Arterton), little does he appreciate that her intelligence and resourcefulness will eventually expose him for what he really is: not an MI5 agent at all but Robert Freegard, a remorseless serial conman who has talked a string of women and men out of an estimated million pounds, first in the U.S.A. and more recently in Britain.

Freegard’s methods, cunning and spontaneously adaptable, often entail cleverly “recruiting” people for putative missions and spycraft practice, on occasion climaxing in tests for an MI5 officer position before Freegard abandons them, penniless, to move on to his next victims.  His early British victims include a trio of students whom he convinces are in danger once he is “compromised” and who therefore must stay on the move and pay him oodles of money for safe-house protection.  And it’s not until Alice makes such a scheme especially easy by sharing a bank account with him and losing her savings that Freegard meets somebody with the determination and imagination to match his own and bring him down.

Though the ability to carry out such grand deceits may sound unlikely, Rogue Agent is essentially true to the way the real-life Robert Freegard operated, freely obtaining and spending his victims’ money, until he was caught in the the early 2000s.

Rogue Agent offers plenty of tension in the lead up to Freegard’s capture, to which the film’s unusual soundtrack contributes in great measure.  But the film isn’t especially dark; Freegard, though clearly psychopathic, doesn’t intentionally cause physical harm.  But James Norton’s subtle depiction of Freegard’s manipulations is sure to make you keen for Alice to succeed.  As a fascinating lesson in the art of spotting the con, Rogue Agent is great entertainment.