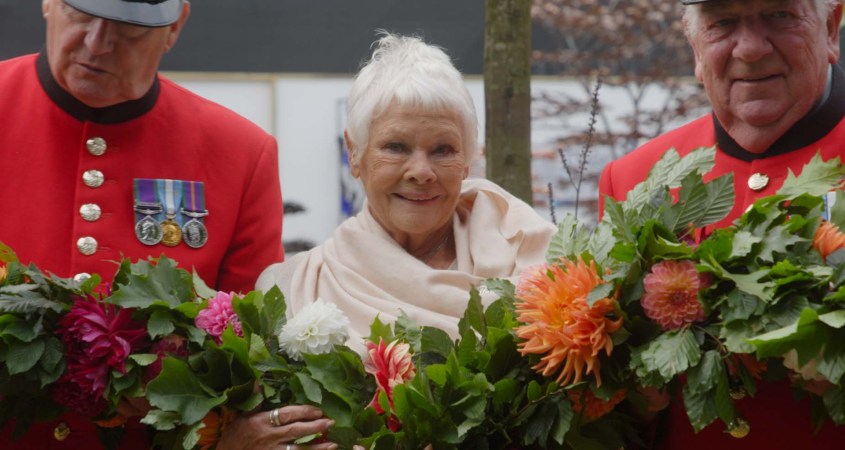 What makes something English and what makes the English as they are constitute the subject of this bright magazine of English life.  From Scandinavian, French, and subcontinental adoptions, imports, and imposts that have taken root, to uniquely English retailers and customs that export world wide, the documentary rolls from one thing to another that its viewers and its subjects would identify as peculiarly English.

Treated to the spectacular results of an English love of woodlands and gardens, sharing with the late Queen her love of horseracing, and let into the secrets of Savile Row suit tailoring and quirky little museums, we hear celebrity views of the House of Lords and the House of Commons and learn the place of such rockbed institutions as The Club (principally The Athenæum), cricket, and fish & chips.  And all along the way our subjects show their steadfast appreciation of very English traditions such as storytelling; inventiveness; politeness; and handmaking of everyday objects and beautiful accessories, including motor vehicles.

Albeit confined to English rather than British quintessentials and hearing upper-class and celebrity English opinions rather than those of the common or garden variety of British folk, what makes this documentary work well as entertainment is its light-hearted approach to England as a classy curiosity shop.  With potential to serve as a paradigm for an entire series of explorations into national or regional character and flavour, including other parts of Britain, Quintessentially British succeeds in using predictable and unpredictable subjects to both intrigue and amuse.