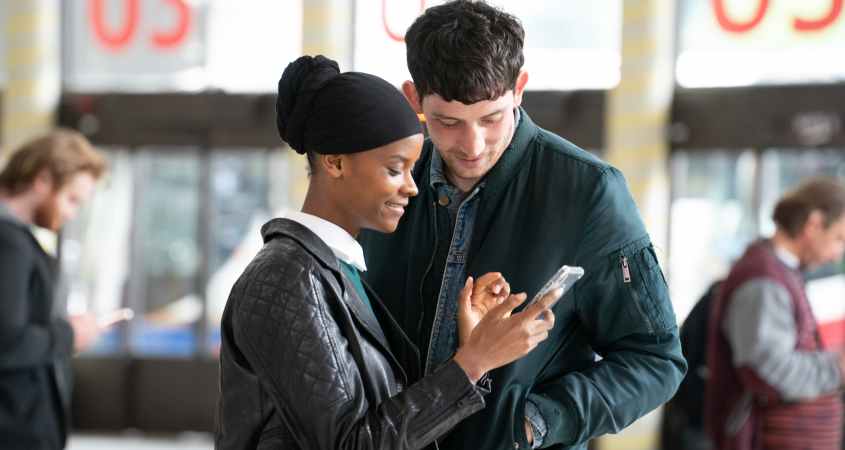 After eighteen months of limbo and a further six months in which she has been allowed to obtain paid work, asylum seeker Aishatu (Aisha) Osagie (Letitia Wright), on the verge of her interview for refugee status, innocently draws the annoyance of her accommodation’s director, who takes the opportunity to send her to far more remote refugee accommodation where she will be unable to continue working.

The move disrupts Letitia’s only incipient friendship, with security guard Conor (Josh O’Connor), whose quiet humanity contrasts starkly with the wholly inappropriate authoritarianism that others find themselves keen to exert over the most vulnerable.

More vitally, as Aisha’s need to work largely centres on supporting her mother — internally displaced in Nigeria since the same home invasion that forced Aisha to flee — the loss of her work has devastating implications.

Taking Aisha’s viewpoint throughout, Aisha contrasts the effects of simple kindness with those of official indifference to the life-and-death plights of individuals facing official decisions that will either rescue them or deport them into the arms of their previous persecutors.  From its opening scenes this universal story demonstrates how thoroughly official inhumanity and protection of those exercising it inculcate a culture of stewardship that verges on brutality and systematically grind the gentlest of souls to breaking point.

Though it demonstrates such difficulties, Aisha isn’t difficult to watch.  The brutality it highlights is moral rather than physical.  For all that, it is — if we need another — a loud wake-up call to our humanity, via a journey of gradual discovery.