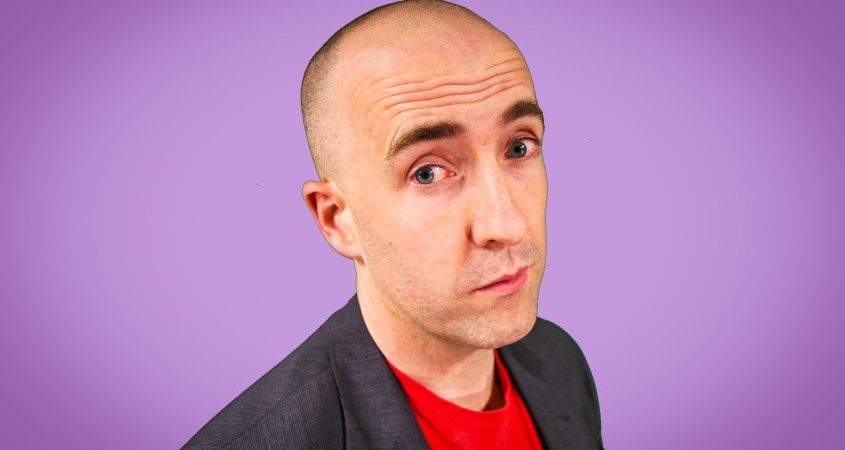 Chris Marlton takes the time to find out more about Australia’s Hottest Polly, Stewdon Wharfdale-King; our country’s first reality-star to win a seat in Parliament.

Pretty-Cool Thinking from a Critical Thinker

The founder and sole member of the controversial new Middle Party introduced a Wild Bill into the lower house today. Stewdon Wharfdale-King, more famously known as S-Wing, the nickname he gave himself during his recent stint on the hit reality show Search For a Role Model, declared war on skin cancer with his “Hat or Life for Life” law. He hopes the new Bill will be passed unanimously through both the upper and lower houses of Australian Parliament over the coming weeks.

“We are here to party… political party. But that doesn’t mean we can’t have some fun in the sun!

“The sun has had its day in the sun. I’m not here for excuses, I’m here for solutions. If we don’t do something about this, we’re all gonna get burned. I’ve been burned before,” said S-Wing in his official press release.

The new law, if passed, will make it illegal to go outside without a government approved wide-brimmed hat with neck-shield. S-Wing stood in the house of representatives today wearing a beige Sunday Afternoons Ultra Adventure Hat, despite the speaker of the house, Aleashia Yort, repeatedly requesting he remove the hat as he read out the details of his proposed new law amidst snickering and slander coming from both of the major parties.

Today’s reprimand of S-Wing by Ms Aleashia Yort, the youngest speaker of the lower house in Australian Government history, would mislead those who are not fully abreast of current affairs up on the hill. Yort and S-Wing have been having a public and controversial affair for six months. Yort was previously married to leader of the opposition, Carey Taughrie, for 11 years, and is nine years S-Wing’s senior.

“I don’t care if they call me a cradle-snatcher. Stewdon is an absolute elephant in the bedroom, and aside from my political career that’s the only thing I care about,” said Yort in a press conference outside the Kimberley Kruiser T3 caravan the two share, which has been camped near Cotter Dam for the winter.

“He fills me up… emotionally. Makes me smile, cooks me pancakes. And he’s a real babe.”

The happy, political power couple of S-Wing and Yort announced their pregnancy earlier this month.

“We travelled to Panama last month to pay for an IVF procedure that is illegal here. Aleashia is currently carrying Nonuplets,” announced S-Wing.

“It’s a huge commitment, yeah,” said Yort, who already has five children with her ex-husband, “but Stewdon seemed keen, so why not?

“I’m planning to have over 100 children, but I don’t have time to do that the way nature intended… so Panama was the only choice.”

Professor Wilford Izklaimah of the Universidad Católica Santa María La Antigua in Panama, has become infamous recently for his claims that humans should be having many more children, stating that we’ll only conquer the galaxy when we’ve reached 50 billion people on earth.

“It’s not easy, holding these beliefs, but I’m not going to lie about conquering the galaxy, am I?” said the Professor during a private interview with the United Nations back in February of 2019.

In order to ensure the earth’s population grows quicker, Wilford and his staff have been working tirelessly to invent new medical treatments that will allow for births of up to 30 children at a time from a single pregnancy.

“They won’t be tall, but who cares about height anyway? I’d rather conquer the galaxy and be four-foot-nine than go extinct at six-foot-two.”

Global medical professionals, sociologists, celebrities, and politicians have called for the Panamanian government to stop the experimental nature of Professor Izklaimah’s work, but so far have had little success.The clients are paying big dollars for large litters of humans, which is being used in part to bribe local officials.

S-Wing’s own family are furious that he’s gone into politics, and aren’t too happy about how many kids he wants to have, but they’re trying to understand.

“I used to play cricket, but I never got my century,” says S-Wing. “But, thanks to Professor Izklaimah, with maybe four or five partners, I should easily be able to have over 100 children. Eat your heart out Don Bradman… eat your heart out.”

Chris Marlton is a comedian, writer, painter, and film-maker. Tickets to the filming of his hilarious show Muesli Balloon on 29 October at the Canberra Theatre are available via the venue. All other upcoming comedy shows are available at www.linktree/ChrisMarlton. Follow @chris.marlton & @laserfirecomedy on Instagram and @ChrisMarltonComedy on Facebook.