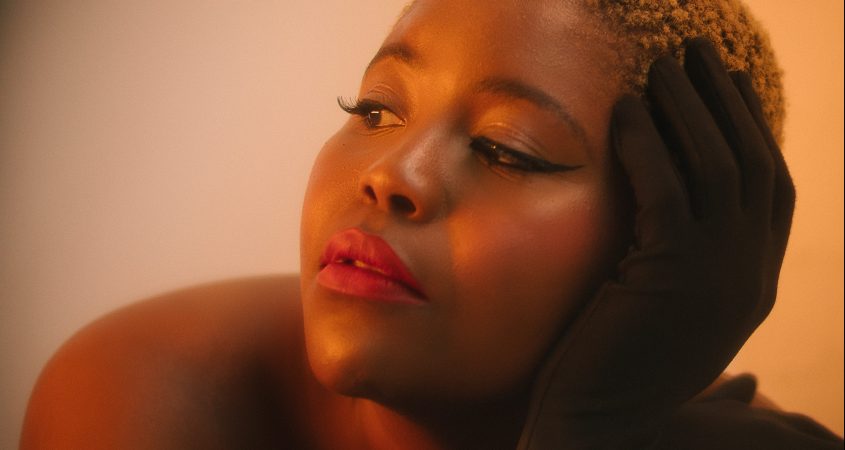 Where it all started

R&B sensation Thndo has made it big on the national stage, and is coming back home where it all began.

From humble beginnings at Lake Ginninderra College to an extraordinary turn on TV show The Voice, R&B sensation Thndo has come a long way since her formative years in Canberra. Having grown up in Canberra, the Zimbabwe-born Thndo made waves as a musician in Melbourne before placing second on the TV music competition.

“Canberra is the place that made me brave enough to step out into the world in a bigger way than what I had ever thought,” she says. “It’s really great to know that I can always come back home to where it all started for me.”

Thndo will perform twice in Canberra in the coming months. Once at Floriade Night Fest and again at The Street Theatre as part of her much-awaited Reintroduction Tour. Both concerts show a different side of Thndo and are the perfect package for fans, and those who want to get to know her artistry more.

“I think sometimes, with all the pageantry of loud music and lights and bands and everything that you see on telly, you can lose the essence of who the artist is,” she muses. “I really just wanted to strip it back and let people know who I actually am and how much I’ve grown since I first left Canberra.”

The Reintroduction tour features Thndo’s repertoire in a beautiful orchestral arrangement, placing an emphasis on the lyrics and stories.

“I want [the audience] to get to know who I am as an artist and as a person,” she says. “It’s so important to me as an artist to be completely authentic in everything that I do, because I don’t know, with someone listening to me, what their lived experience might be, and how they might be able to relate to what it is they’re hearing while I’m performing.

“So, while I might be singing a song about falling in love or having my heart broken for the first time, whoever is listening to that finds themselves in that story and it offers them a moment of introspection. They can take that opportunity to go through those emotions and figure something out about themselves.

“Entertainment is an act of service because you’re making it about the person who’s consuming it.”

Thndo describes her music as conscientious R&B: “Hip hop and R&B have been a great vessel for me to articulate things that I’ve always felt, but never really known how to say.

“I’ve always grown up in environments where I was the only person of colour. Because of that, I always felt really nervous, to speak on some of my experiences, like discrimination or any other kind of racism.

“I always feel like when I’m performing, it’s not about me, and it’s about serving something bigger than me.”

On motherhood and music

As well as her experiences growing up black in Australia, Thndo’s growth as an artist is informed by her relationship with her daughter. Indeed, young Charlie was a key part of her journey on The Voice. No-one can forget her incredible audition and Charlie’s cameo role before and after the performance.  Her experiences being a mother gave her the strength and fearlessness to embrace conscientious R&B.

“Being a parent empowers you in that way because that becomes the be-all and end-all of everything that you do. I’m no longer sorry for taking up space, and I’m no longer worrying about how I’m perceived. The only person that I’m doing anything in my life for now is my daughter. That’s allowed me to be able to take more risks artistically. It’s allowed me to be able to speak on things that I’ve never felt the courage to speak on before.”

Dubbed the First Lady of Soul and R&B, Thndo has performed to huge crowds at festivals including Bluesfest, WOMAdelaide, Adelaide Cabaret Festival, Groovin the Moo, Big Sound, Jungle Love, and Woodford Folk Festival. Her solo shows have always attracted sold out audiences and encouraged her fans to reflect on themselves while enjoying the sounds.

What can Canberra reflect on while she’s here?

“On the relationships in their lives,” she says. “I just want for anyone that might be feeling stuck to be able to find the courage to advocate for themselves and to be able to put themselves first. There’s nothing wrong with being selfish, because ultimately, your happiness will make everything else around you be as right for you as it needs to be.”

The seamless way Thndo explores the interplay between the deeply personal and bigger social issues, makes for a rich and nuanced musical experience. As Thndo reintroduces herself to the place that inspired her, we can be certain that her audience will be inspired in return.

“I literally came up with all the biggest ideas of what kind of artist I wanted to be in my bedroom in Evatt.  I’ll never forget those moments. Now that I’m living a life I worked really hard for, it’s always really important to go back to where it all started for me.”

Thndo will perform at The Street Theatre on Friday, 28 October at 8pm. Tix are $39 via the venue. To book, click here.

This concert is supported by the ACT Government Amp It Up ! Initiative.