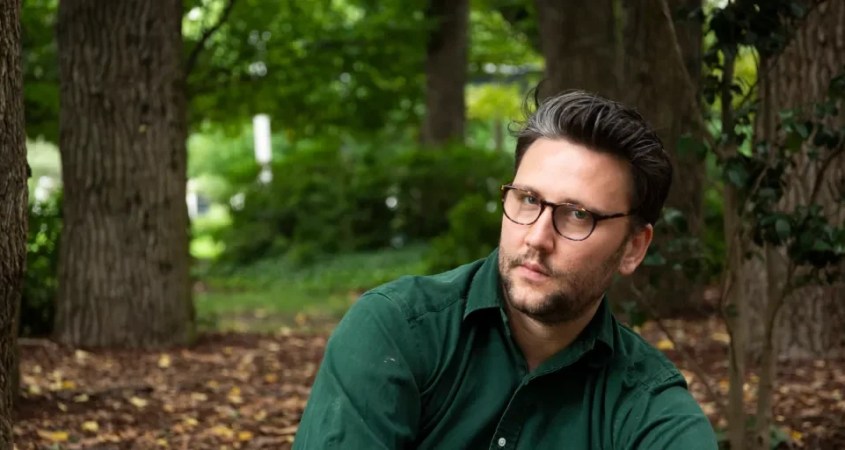 Lightning With You utilises a slow burn groove with just enough exuberance to propel the reflective mood and composure forward.

Consisting of two main melodic parts, a verse and an unassuming chorus, the song drifts through a haze of supporting textures, chord strikes, and reverbs, with Nicholas’ vocal leading the light charge.

The approach to the instrumentation here—dimmed, unobtrusive, jangly yet restrained guitar work, muted drums—highlights the importance of the vocal performance. Nicholas slides from the low tones in the verses to the higher registers of the chorus with enough solemnity for us to believe the governing sentiment.

And despite the face-value smoothness of it all, vocal included, some inexact undulations add to the whole, creating not so much a conclusive, seamless outcome but a more impressionistic one.

For Nicholas Costello, yearning is a kind of haunting

If we were to search for a hook to bind the impressionistic to something less abstract, we find it in the second half of the chorus, where the default intimacy of deeper tonal variances gives way to a falsetto landing on the final word. The listener’s amenability is rewarded with a ripple of sweetness and surprise.

The folk-rock subtleties of Nicholas’ previous tracks are still here, perhaps even more pronounced, and this seems to serve his writing and performance style well. Lightning With You’s strength is its appeal to the senses, its circuitous layering, and its suggestion of elusiveness. As the airy and textural vocal additions at the song’s end reveal, with Jeff Buckley-like affectations, yearning is a kind of haunting.

Despite its more obvious characteristics, the song’s potency resides in effectively communicating an inscrutable emotional state.

You can find Lightning With You on all music platforms including Spotify and Apple Music.