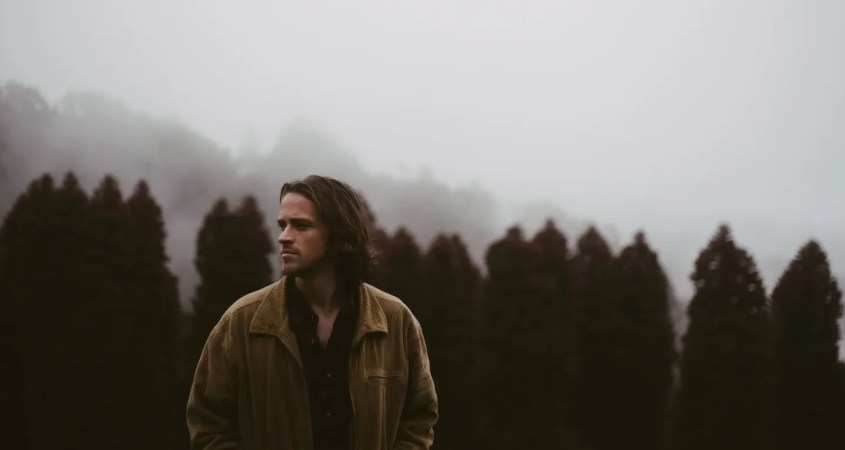 Riley Catherall’s new single is the first release for the former Canberran now Melbourne-based singer-songwriter since 2021. Bark At The Moon follows the alt-country music artist’s debut album When I Go (2021) and a long list of single releases, including Vacant Lot and Leave Me Out To Dry.

Tracks from his debut have attracted national airplay, garnered healthy streaming numbers, and generated international attention with radio play across Europe and the UK. He has toured alongside Lachlan Bryan and The Wildes, Chance McCoy (Old Crow Medicine Show) and Hannah Aldridge.

Bark At The Moon’s most salient aspect is Riley’s vocal. It’s measured yet casually evocative, coating the track’s surface with good-natured allure. The song utilises a three-chord progression, sustaining this with a few considered surprise textural additions. To whit, the background vocal work and slow-crawl build-up of energy culminates in a stripped verse that segues into a chorus outro.

The structure works, allowing the listener an opportunity to dwell on the lyric, the easy-going swell of the performances, and entry into a barebones folk country world.

An earthiness is expected, which is reflected in the organic nature of the instrumentation and Riley’s semi-conversational style.

Despite the peaks and valleys of the parts, one is transported along its felicitous and surprisingly dream-like flight path without a hitch, subsumed by the narrative and Riley’s subtle manipulation of it. The song doesn’t reveal its prime ‘pop-like’ hook of the chorus, the refrain, ‘like you wanted me to’ until the second cycle. Well, at least not the full-blown version of it, going on to repeat it, with emphatic doublings in the chorus outro.

This aids the overall dynamic of the track but also creates a modest kind of tension, seasoned and scrupulous yet one that outlines the real pulse at work here, restraint.

Restraint piloted by a singer-songwriter whose control of nuance and tone is as subtly effective as it is incantational.

You can listen to Bark at the Moon via Spotify and Apple Music. Riley Catherall is playing at The Front on Friday, 14 October. Tickets are available here.