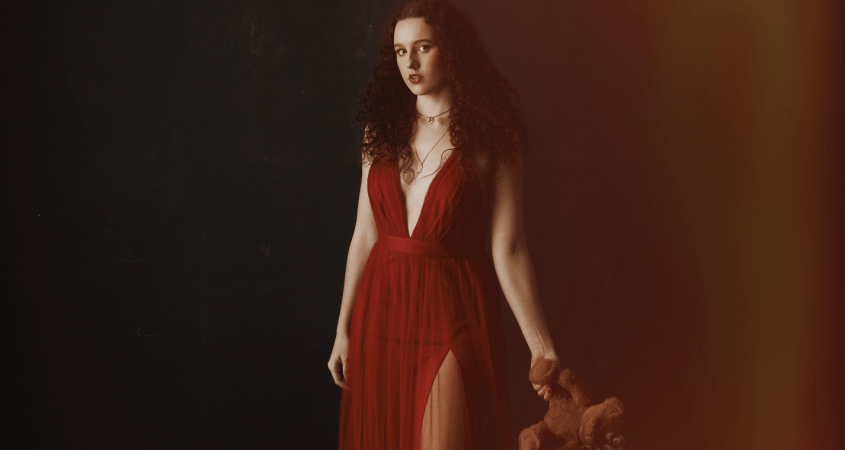 Castle Hughes’s 2021 debut, Moving On, was a contemporary dance-pop song that combined a good dose of melodic finesse and reflective narrative, as well as quite the rousing vocal performance. The song was a finalist in the WAM Song of the Year Awards 14- to 17-year-old category in 2021. It was also the winner of the Youth Week Songwriting Competition for CALM, nominee in the International Songwriting Awards teen category; a finalist in The UK Songwriting Contest teen Category; and a semi-finalist in the WA Listen Up Music Songwriting Prize 2021.

Moving On explored a coming-of-age experience that nonetheless, via generalisation, resonated with a broader demographic. Castle’s new single, FairPlay, sees her extend this theme, in its ability to focus on a subject yet dilate its message. As context for her latest track, Castle says:

“This song was written during my last year of high school (2021). I was really struggling, seemed to be in conflict with everyone, and felt not good enough. I had another argument with my mum, and this song kind of spewed out post-argument.”

The encounter with her mother is evident in these lines:

Don’t know why I still try
We never see eye to eye
And you just keep on messing with my brain.

But, let’s face it, they’re not “mother specific”. Like all effective pop songs, they can be reinterpreted to suit. FairPlay can also be viewed as another coming-of-age narrative; but Castle’s musical base does seem to have been modified to a significant degree. That is, its style has had something of a makeover, too. It’s a persuasive one that meshes the organic stomp of primal urgency with some refined textures that envelope a supple electro pulse.

The track’s theme is explored in the accompanying music video, which Castle worked on with collaborator and friend Ben L’Aiguille.

In Castle’s words: “The story is about a girl who has a fight with her mum and runs away from home. She burns her childhood teddy bear during the argument. As she drives, she keeps seeing people arguing whilst holding her burning bear.”

You can hear FairPlay on Apple Music, Spotify, Deezer, Tidal, and YouTube.

Support Vince Leigh on Patreon!
5% complete
When we reach $500 per month we will begin the official BMA Podcast. This will include interviews with some well-known musicians and artists, tips and tricks for publishing in print and online, as well as other discussion topics around Bands, Music and Arts in Canberra!