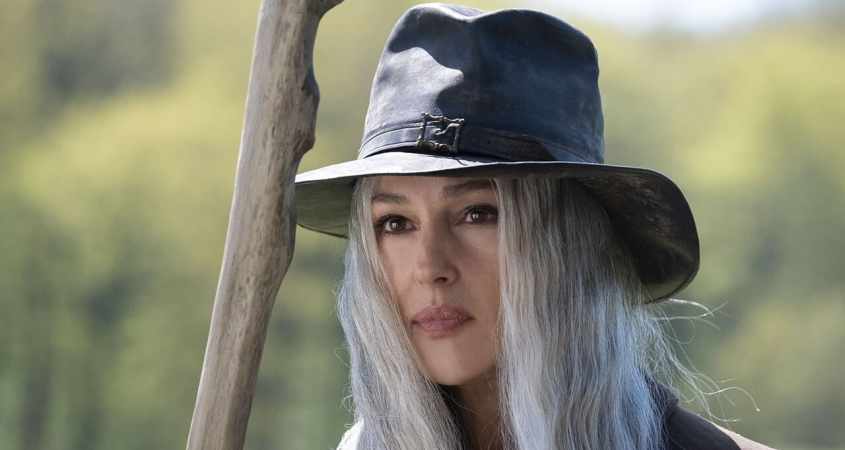 The Christmas Witch (in Italian, La Befana) holds a place in Italian folklore equivalent to that of Santa Claus in other European countries, and the original (LIFF 2019) Legend of the Christmas Witch hilariously focused on a Santa lookalike’s kidnap of La Befana’s present-day incarnation and her delivery from his dastardly traps before she undertakes a good many deliveries of her own on Christmas Eve.

The Legend of the Christmas Witch: The Origins, a prequel to the original Legend, answers the question of La Befana’s origins in the form of a daring young female thief, Paola (Zoe Massenti), whose arrival has been prophesied.  Along with her devoted friend Chicco (Mario Luciani), Paola dreams of making it big in Rome on the back of ill-gotten gains.  But her plans come undone when she is caught in a burglary during which she sees two churchmen killed by the local police captain, the ruthless witch-hunter Barone De Michelis (Fabio De Luigi) and De Michelis frames her for the murders.  Found guilty and sentenced to death, Paola is tied to a stake and literally surrounded by flames when she meets… a witch, Dolores (Monica Belluci).

There’s much, much more to this tale, with spells and powers stolen and misused to colourful effect; and before the bad can be shown up and the good restored to safety, Dolores’s family of rescued children must take on the long arm of De Michelis and a villageful of pitchforks and flaming brands, and Paola must find the selflessness and courage to take on De Michelis alone.

It would be difficult to match the unmitigated wonder of the original Legend or the remarkably likeable performance of that movie’s Christmas Witch by Paola Cortellesi, but the prequel is a lot of fun and an exciting adventure (and one that won’t worry children too much even with violent transmogrifications and spontaneous human explosion).

Though Paola’s character resembles a self-entitled 21st-century teen more than it does that of a child in the Middle Ages desperate to keep body and soul together, the transformation she undergoes makes her eventually likeable; and the other children reflected the care that Dolores had bestowed on them.  Both plot and action move at a good pace, but skilled camerawork ensures that anyone can follow it.  And in the end… well, without needing to be spelt out, the tale’s lessons are some of those we recall as essential to a functioning society.