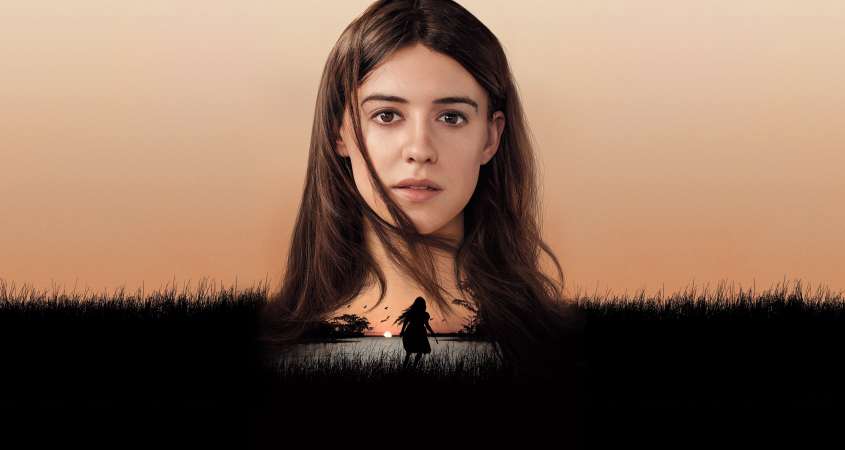 In the wild marshlands of 1950s North Carolina, Kya Clark (Daisy Edgar-Jones) had a difficult childhood.  For the 15 years prior to the present, 1969, in which she’s 24 years old, she’s had to fend for herself, and her solitary life has been the subject of much rumour, mostly unkind.

When the body of a young man, Chase Andrews (Harris Dickinson), is found beneath a firewatch tower in the marshes, Kya is arrested for his murder.

The looming threat is of conviction and execution for Chase’s presumed murder, and, despite Kya’s clear attempts to stay well away from Chase before his death, the prosecution is determined to have her found guilty.  The bulk of the movie takes place as backstory as Tom and Kya build a relationship of trust before her trial.

As a nature-morality tale, Where the Crawdads Sing makes a suitably surprising addition to producer Reese Witherspoon’s increasingly varied productions.  It’s not without faults — minor character inconsistencies and several plot faults — but in essence they don’t matter.  At the film’s closing comes a revelation, though, that does matter: a final twist probably intended to shed new light (as occurs in the novel) on the tale’s central mystery.  That twist needed something additional, though, in order to shed light rather than confusion.  Nonetheless, it will provoke you to think.

With subtle performances by Edgar-Jones, Smith, Strathairn, Hyatt, and Macer; exquisitely filmed in the marshlands of Louisiana; and perfectly paced, Where the Crawdads Sing offers both an artistic view of the science of nature and a truthful look at ourselves as social animals clustering toward the comfort of meaningless social consensus rather than seeking the truth.  But see it for its lyrical take on nature, for the incredible drawings and paintings of the local wildlife, for the winding road that leads Kya to the courtroom, for many of its lead characters’ generosity of spirit, and for its lush cinematography, all of which will stay with you long after your return from the hauntingly beautiful marshlands.