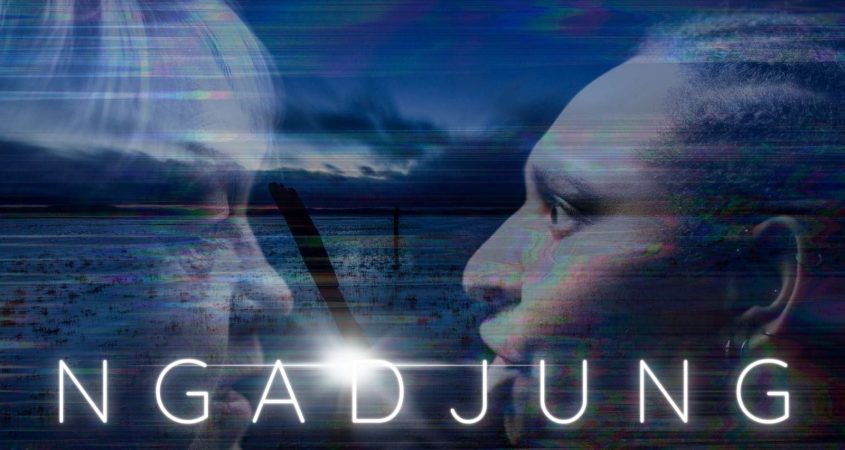 “Ngadjung means water, or water hole. It’s a Ngunnawal word. We are absolutely privileged to have permission from the United Ngunnawal Elders Council to use Ngadjung as the title of the work. I’m so delighted by this. It’s been a true collaboration with Aunty Caroline Hughes, who has provided critical insights into the work—connections to water—and to give us permission to use other elements of language throughout the play.”

So says the human perpetual motion machine that is Canberra’s Dylan Van Den Berg, who I managed to snare in between working on a Hothouse Theatre show in Wodonga. He’s on a short break before a staged reading that night.

This is typical of Dylan’s vibrant creative work ethic. You may remember his acting turn in Metamorphosis at The Street Theatre or, more recently, recall his own production of Milk. Upping his game once more, Dylan has now written and, for the first time, is directing his new play Ngadjung in collaboration with Belconnen Arts Centre.

“The play came from a provocation from the Artistic Director at Belco Arts, Monika McInerney,” Dylan explains. “She said, ‘Could you write something around water, and the human connection to water?’ She brought in Aunty Caroline, a local Ngunnawal elder, and gave me a free slate to do what I wanted to do.”

The privilege and responsibility of Dylan Van Den Berg’s Ngadjung

As a self-described “fair skinned Aboriginal person”, the play continues Dylan’s exploration of First Nations people, culture, and identity as examined in Milk, albeit with a futuristic twist.

“It feels like a responsibility,” Dylan says of his distinct voice in theatre. “But at the same time, it’s a real privilege to be able to tell stories and collaborate with other Aboriginal and Torres Strait Islander peoples right across the country. For me, there’s pressure to write a certain kind of Aboriginal story that comes from white companies, whereas I feel a real freedom and privilege to tell stories that matter to me; where I can take the lead.

“This is why I’m really excited about this opportunity to direct my own play. A terrifying, amazing, great opportunity.”

Dylan is also using his platform to explore an important topic through the lens of First Nations people.

“I’ve been thinking a lot about the climate crisis,” Dylan says. “A lot of us are. And I thought, what a great opportunity to consider water, and First Nations peoples’ connections toward it. Waterways hold our stories and our histories. And if they dry out, we’re not just losing a resource; we’re losing tens of thousands of years of connection, and stories.

“What happens if that happens? What lengths will we go to to make sure we don’t go without water? What is it that we remember?

“I also just love a bit of sci-fi,” Dylan enthuses. “So I incorporated the idea that, in the future, multinational corporations are hunting down people searching for water, and I explore how this plays out between the two Aboriginal women—one older, one younger—who come together, and work through their differences to try and find a solution.”

Another theme of Dylan’s recent works is that of different generations. Whether this is a deliberate artistic choice remains mysterious.

“I don’t think it’s conscious,” Dylan says. “It’s interesting; when I look at my work, I include young people, old people, people in between. I’ve had a lot of wonderful Aboriginal people in my life—my dad and my great grandmother—and I think about the way that each of us has responded to colonisation, what life throws at us. I’m fascinated by wading into different ways of seeing the world. But it’s not conscious. Maybe I’m just plagiarising myself,” he quips.

You might as well steal from the best, right? Speaking of which, Dylan often starts with the ending and writes from there; as he did with Milk. Has he mercilessly stolen this writing process from himself too with Ngadjung?

“It was a little bit different, due to having the provocation from someone else,” Dylan reveals. “The ending did come very early in the writing process, though. I’d written the first ten pages, which essentially sets up an ending. You’re hoping to reach the inverse of the starting situation; a reversal, restoration, or change. So I jumped straight back in and wrote the last five pages, then filled in the gaps.”

Further filling in the gaps is the erudite team Dylan and Belconnen Arts Centre have assembled to bring Ngadjung to life.

“I’m absolutely delighted by the team we have,” Dylan enthuses. “Lisa Maza’s been treading the boards for longer than I’ve been alive. Kylah Day is new to the theatre. And then, of course, there’s Aunty Rachael Maza, who is mentoring me with directing. It’s a great mix of experience; I look forward to learning so much in six weeks.”

Of course, any project is a learning experience, the volume and quality of which is only exemplified when you are the writer/creator. What’s been Dylan’s big takeaway from the experience to date?

“Probably the climate space,” he says. “I don’t think I realised the concern for the future I was carrying. We’re at a point where we’re finally deciding to listen to Aboriginal peoples in terms of cultural land management practices, and such. And it feels like too little too late.

“Now there’s an enormous pressure on First Nations people to solve all the problems. But of course, you know, the landscape is different. It’s been colonised; it’s not the same land that we were managing custodians of for thousands of years. It’s not an instant fix.

“So I realised I was really interested in that, and very, very concerned about the future.”

Ngadjung – a play for everyone

With concern and education will come compelling storytelling by a learned and skilled hand, expressed by captivating central performances. And, as Dylan keenly states, it’s a play for everyone.

“I hope it appeals to First Nations peoples,” he says. “But it is also a play for everyone; the climate is a concern that we all have to share. We collectively share the burden. So I hope it resonates with people from all backgrounds.”