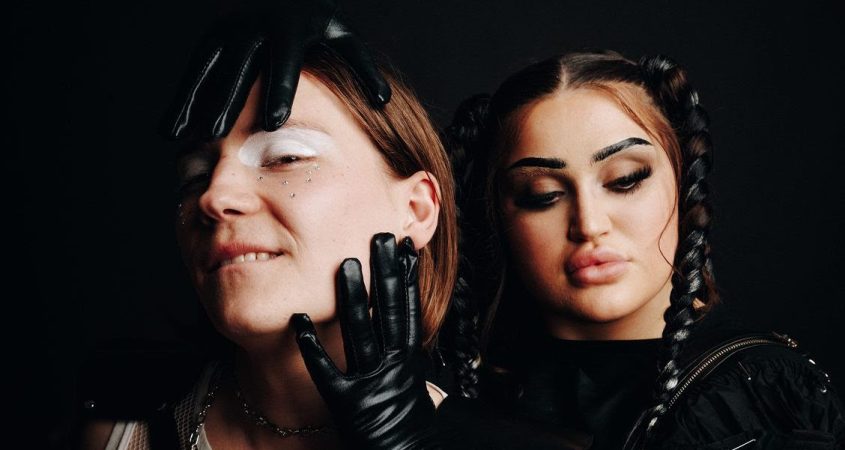 Canberra-based music artists Africa and Gus launched Neko Pink in 2018. Since then, the duo has refined their ‘lush fusion of deep-house, hyper-pop, and synth wave’, utilising a history of live performances, including appearances at Spilt Milk and Live in Ya Lounge alongside fellow Australian artists Touch Sensitive, Genesis Owusu, and Lime Cordiale.

Neko Pink give us the Keys

Keys is indeed lush, but its glossy surface is set against a lithe background, comprising a clean rhythmic groove and a chorus with its main hook doubled by a plucked low synth motif. This smooth exterior and its spare undercurrent preserve and highlight the narrative’s focus.

We are in the land of relationship trouble; an attraction of the love-hate variety.

But there is also a sense of autonomy amid the comings and goings, the back-and-forths, as this line indicates:

Just so you know that I
I’m over this ride.

Keys combines austere vulnerability with a series of snappy pop melodic sensibilities without veering too far away from the allure of an unconventional house style, staging this infective alliance within the shiny confines of a streamlined palette and vocal performances that energise and solidify.

The structure relies on textural changes, a few expected typical programming tropes, and variances in the construction of the melodic lines to create an overarching bridge from one part to the next.

The track feels brief and to the point; the modulations in the central groove’s accompanying sound choices help reinforce the lyric’s stop-start design.

Although the song’s relatively quick tempo adds an illusion of force and pace, what seems to enhance this notion of dynamism and fervour with greater alacrity are the hooks—club-ready and sure-footed, effectively repetitive without becoming inelegant. Neko Pink’s fusion of measured synths, pristine electro beats, and understated pop shimmer will undoubtedly add to the duo’s expanding profile.

And in even better news, Neko Pink are launching Keys at UC Hub on Saturday, 6 August. Tix available via Moshtix. They will be joined by hometown heroes Miroji and Muesli.