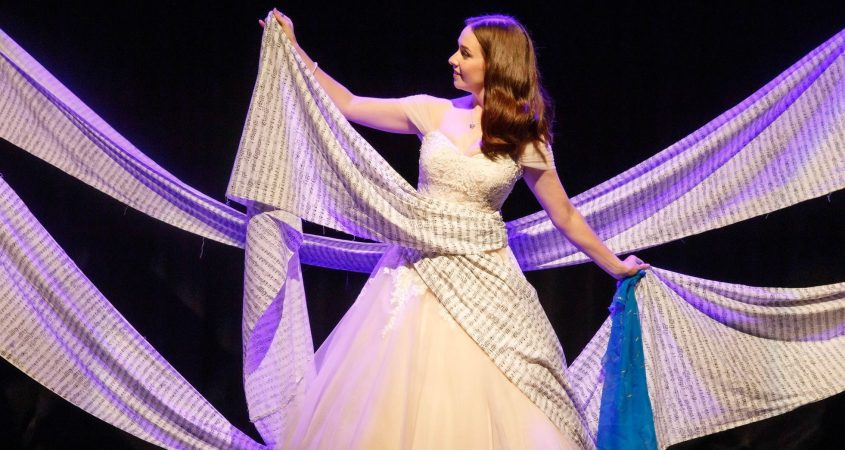 Directed by Lexi Sekuless, with piano accompaniment by the talented Carl Rafferty, this celebration of language and art showcased the late Stephen Sondheim at his most nuanced, clever, and vulnerable.

a Sonnet for Sondheim brings together some of the Broadway giant’s most notable songs from musicals such as Into the Woods, West Side Story, and Follies. Every performance, via the central theme, are masterfully connected through the poetry of Shakespeare, Emily Dickinson, and Elizabeth Barrett Browning. The poetry, also about life and love, suited the grounded and sophisticated style of Sondheim’s writing.

a Sonnet for Sondheim indeed

The show, interspersed with stories of love and loss, recounted events from the performers’ lives—Katerina Smalley, Jay Cameron, Tim Sekuless and, of course, Lexi herself—and their relationship with music and language. It was fascinating to see the way Sondheim’s music had both inspired and impacted each performers’ life. It was clear that few of them would have been standing on that stage were it not for Sondheim’s music.

Sondheim, to paraphrase his own words, did not write love songs. He wrote character studies. He wrote of real experiences and complex circumstances. And this, I have learnt, is what has had the most impact on performers of his work. As quoted in the play:

I enjoyed hearing about the actors’ own experiences in a Sonnet for Sondheim; from starting a family, to becoming a confident performer, and how their discovery of Sondheim aided them on the journey to becoming the artist they are today.

The sublime saturation of Sondheim

I, myself, had only discovered Sondheim in the past two years.

However, I had been an avid fan of musical theatre since I was little kid. I remember sitting on the green bristled carpet of my parents’ lounge room – listening to the very songs I would come to recognise years later as Sondheim staples.

In the way that The Beatles or Andrew Lloyd Webber have become embedded in the subconscious of popular culture, so too has Sondheim fed himself into the architecture of many a home and theatre.

His songs live on without him, growing a life of their own, and inspiring the next generation of fans.

Watching a Sonnet for Sondheim on Saturday night, I was reminded of my love for musicals and writing. It felt good being in a room full of like-minded people, listening to stories about pursuing one’s dreams no matter the odds. A thought that is important during these strange, almost dream-defying years we have seen so far this decade.

Sekuless, with the help of an experienced cast and crew, has created a love letter to language, ambitions, and life, and how all of it is held firmly together by the music that touches us most.

You can keep up with Lexi Sekuless’ Mill Theatre at Dairy Road via the website.