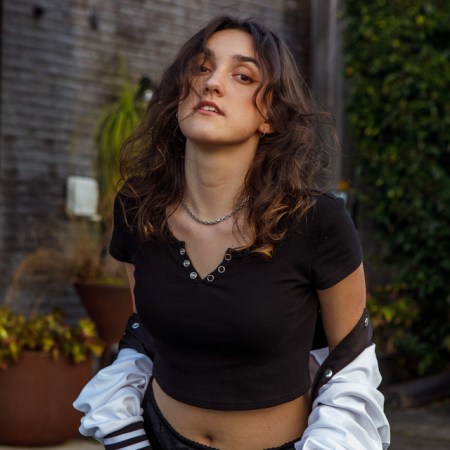 With a growing list of singles to her name, young Gold Coast singer-songwriter Amy Elise is steadily creating a decent collection of tracks that chart her creative growth. The releases are also broadening her commercial sensibilities.

Her new release, Kind of Insane, outlines this slight genre shift in ways that are perhaps not obvious at first. The new song is the follow-up to her alt-rock break-out track of earlier this year, Such A Shame. The track generated a fair amount of radio reaction with spots on Rebel FM Network, ABC Wide Bay, Flow FM Network, Stingray In-Store Media, Super Radio Networks Grafton 104.7, Triple G and Hill FM.

The 2021 Queensland Music Award finalist has maintained enough teen angst to create an intriguing balance of punk, pop, rock, and candid introspection without forgoing any sense of energy. The record has hooks, a swirling series of mood fluctuations, and Amy’s newly integrated vocal front and centre.

A clear-eyed merging of styles

Although Kind of Insane is essentially a rock-based guitar-driven track, with big and small moments present in equal measure, its power resides not in any fleeting abandon or inflated punk swagger, but a more sharpened, clear-eyed merging of styles.

As Amy says about the themes explored on the new track:

“I decided that I would write about different guys as I wanted to explore the idea that having a type, and then finding someone that close to your type, can almost seem too good to be true. Hence the ‘Which I guess explains exactly why you’re gonna break my heart’ lyric, and the juxtaposition of fun and pessimism throughout the whole song.”

Allowing Amy’s vocal to set the tone, alongside a clean guitar part, invites us into this variated punk-pop rock universe with enough ease and enthusiasm to maintain our interest. The chorus’ ultimate appeal of its arrangement of notes and particular chords gives us a kind of earnest sweetness that’s as endearing as it is complementary to Amy’s revamped style.

You can listen to Kind of Insane right now on Spotify.