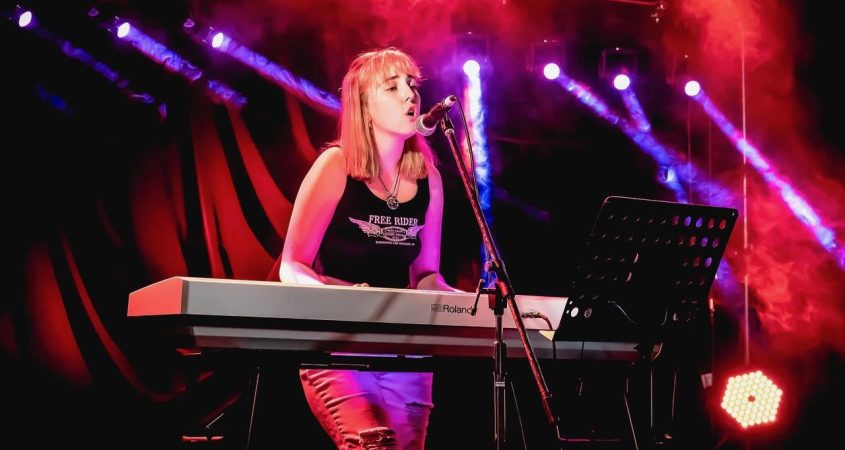 Brisbane-based singer-songwriter Tayiha has released a series of singles since 2020, steadily building her follower base, and her songwriting and vocal powers.

Her first single for 2022, Not Feeling This is a self-assured slice of indie-pop that attempts to marry the more adult-orientated manifestation of that wide-open genre—the unassuming introduction, the easy-to-navigate thoroughfares of the melodic sections, the amiable chorus highs—with a more contemplative, in-your-face barebones approach, harnessing a lyric whose suggestions of self-empowerment and renewed liberation will obviously resonate with many.

As Tayiha says about the new single:

“Not Feeling This is about being stuck and influenced into a situation you don’t want to be in and shows the perspective of those who may feel like the odd one out within their crowd.”

Tayiha’s songwriting discoveries began as a seven-year-old, writing her first song at the age of eight as a response to the social and personal impacts of bullying. Tayiha took her musical cues from such luminaries as Alicia Keys, Whitney Houston, and Ellie Goulding and became a finalist in the 2021 Queensland Music Awards for her track No Happy Ending, written and recorded when she was just fourteen.

Not Feeling This features a strong melodic core, balanced instrumentation, with all the major parts well-crafted. It boasts an arrangement that makes the most of these sections. The end line of the chorus is a noteworthy highlight, one that understandably acts as a sustained climax throughout.

There is a kind of unruffled, tranquil pop undertow to the rhythmic base of the track which, at certain points, seems to counter the vitality of the melodies. Still, perhaps this is part of the overall aim—encompassing a broad stylistic ground while connecting with the easily digestible essence of Tayiha’s conceptions.

You can listen to Tayiha, including Not Feeling This, now via triple j Unearthed.