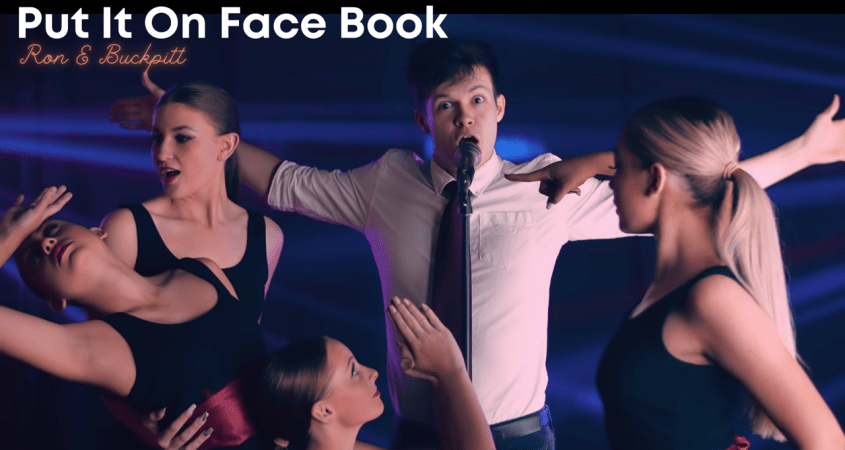 Ron E Buckpitt calls himself a “roustabout from the shearing sheds”, and apparently there aren’t many colourful life experiences he’s missed out on — and written songs about. The Australian country-music artist has released Put It On Face Book, a rollicking, tongue-in-cheek assessment of our social-media–obsessed society.

The song’s structure resembles a 12-bar blues, suiting the easy-going, fun nature of the tune. But its real focus is the lyric, with its list-like form and lines containing ideas that might be deeper than they appear to be, such as:

“Forget Encyclopaedia, we got social media”.

The idea behind Put It on Face Book arose from a conversation that Ron tried to have with an old flame some time ago.

“I suggested we employ the services of a local lawnmowing battler named Joe,” he says, “when the conversation took a swift and unexpected turn!

“Quicker than you can pull-start a Victa, I was presented with random photos posted on Facebook of Joe’s work around town by a disgruntled gossiper, posed with finger pointed at uneven rows mowed into his precious greenery. The horror!”

A self-taught musician, Ron’s love of music began in the 1970s as a young man from Moree, 8 hours’ drive from Sydney, where the pubs then shut at 10pm. Not happy to call it a night, Ron and his mates would grab a slab and head to Boolaroo Bridge, where they would sit for a yarn, play a few songs, and take turns jamming on bass or lead guitar.

“I consider myself firstly a songwriter,” he says, “and enjoy singing songs of the blues genre but mixing up the swamp rock with my country Aussie twang.”

With influences that include Tom T. Hall, Johnny Cash, Roger Miller, Kris Kristofferson, and Tony Joe White, Ron’s music is of the enduring, timeless kind, retro but with an ear for contemporary life and all its curious manifestations.

You can hear Put It on Face Book via CRS Publicity, Anghami, YouTube, and iHeart.

Support Vince Leigh on Patreon!
7% complete
When we reach $500 per month we will begin the official BMA Podcast. This will include interviews with some well-known musicians and artists, tips and tricks for publishing in print and online, as well as other discussion topics around Bands, Music and Arts in Canberra!