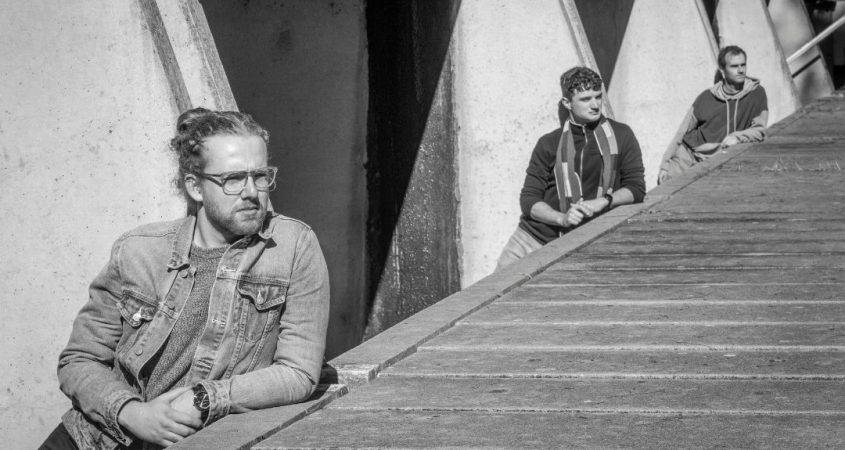 Spinning Plates, the three-piece alternative rock band from Canberra, has just released Neon Desert. The new one follows the band’s 2020 single Spoils of War and is not so much a radical departure from that record’s myriad of offerings, but merely a slight drift away from its much harder-edged components.

The song surprises for many reasons, least of all its range of oscillating moods attached to each section. Neon Desert’s inviting introduction is immediately accessible, setting up the track’s melancholic tendencies without giving way to them entirely.

The verse melody relies on a sort of languorous structure and a conversational, unaffected vocal performance, aiding the lyric and establishing the hook dynamics without forgoing a sense of urgency.

This all informs our experience of surprise when the pre-chorus delivers its touches of sweetness, and its restrained accents; the melody here, as it glides across the ebullient musical bed, contains some of the track’s most satisfying moments—the high, stretched note that dissects it is a warming building block, leading us to the chorus’ multilayered, conclusive attributes.

Beneath the top tier of the chorus’ rolling form is a show of the band’s self-assured, pliant musical wares; a shifting chord progression underscores the importance of the kind of melody revealed—and this shifts too, these converging alliances creating quite a sophisticated mix.

After another cycle of this arrangement, some assiduous drum work takes us into a bridge whose vocal playfulness provides a gratifying counterpoint to the ensuing uplifted chorus repeats, with some of the performance heat dialled up, the guitar work fuelled, all colouring the track with an emphatic intensity.