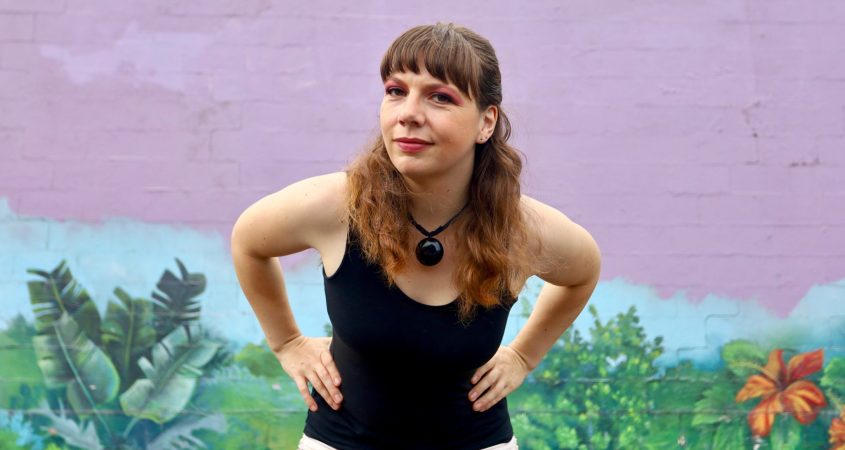 21st Century Child is the final single from Lisa Maps’ upcoming sophomore EP. The new one follows the 2xxFM track of the week, Thoughts and Prayers, and Black Summer (which Triple J’s Tom Forrest called ‘powerful’) and explores the anxiety and guilt of a generation facing the impacts of climate change.

Black Summer’s acoustic-guitar dominated flourishes have given way to another side of Lisa’s creative armoury, drawing on a barebones ‘band’ sound and a vocal performance with varying layers of rawness and dynamism to give life to a weighty, if not the most weighty, subject matter.

On 21st Century Child, the urgency of action and the troubling consequences of inaction are reflected equally as persuasively in the song’s straight groove, which, when matched with the lyric, the performances, and the chord progressions, becomes a sort of portentous protest march, with Lisa’s use of upper and lower voice registers providing undulations of relief amid the dire inferences of the sentiment.

But intriguingly, her nuanced approach here acts as a complementary feature; self-assured, heedful, and attentive to the very uncertainty examined. The song’s rhythmic heart is leading us somewhere. We know from the melodic structures, the varied shades of Lisa’s vocal, and the complicit instrumentation that we should be apprehensive; this sense of apprehension is tastefully rendered.

21st Century Child reaches for a liturgical, ceremonial sort of tone, not only through the use of the attributes mentioned above but also via the surrounding contributions, the minatory, baritone like backing vocals for one, even the guitar’s brittle, churring resonances are almost organ-like in their sonic construction and application.

Can a musical interpretation of a response to such a significant predicament, one that attempts to delve, at least in part, into the more prominent aspects of such challenging territory, consist of anything but an artist’s lugubrious reflections? Would any other method aptly represent the measure of concern?