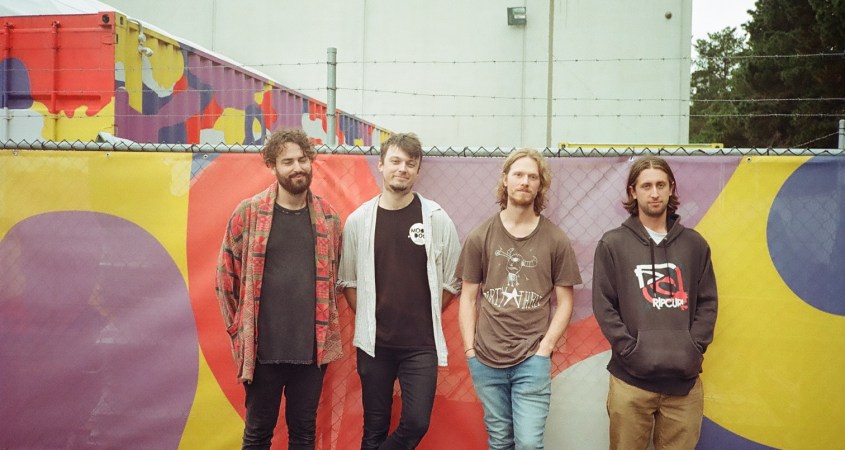 Canberra band HYG has been developing a reputation for putting on high-impact live shows with its brand of krautrock and jazz-inspired experimental sound.

Despite taking cues from various other purveyors of art rock, the band’s latest track, Into the New World, is a hybrid instrumental that seems to straddle a heady conglomerate of genres.

HYG’s Into The New World breakdown

Its plucky bass-fuelled introduction sets up the track’s thematic heart, a five-four pulse whose circuitous, wandering anchor point allows the various hues of the band’s radiant musical palette to create, throughout the track, a dense convergence of rhythm, sonic texture, and hypnotic emotional power.

The arrangement cleverly and evenly allows a swelling succession of attributes—the acquiescing drum parts after a minute, elevating pads soon after, more layers after that—to generate a sense of orderly, almost grand unearthly turbulence, one that eventually drops, or instead is extinguished like a blaze, segueing into a reiteration of the introductory signature phrase.

It isn’t too long before Into the New World indeed transports us into another, slightly differentiated musical realm. As if wrenched from the intestinal make-up of the primary melodic phrase, a Middle Eastern flavoured articulation emerges and takes hold, enveloping the surrounding build-up of textural and harmonic components, creating a new dominant entity, harnessing accented strikes, and igniting a feverish turn in the energy of the performances.

All constituents begin to percolate from this point, with high registered guitar-like (or actual guitar) wails in the distance juxtaposed like an entreating but concordant voice.

The listener is eventually pushed to the brink. A cascading pummelling by the entire suite of appropriated sounds follows—the hyperkinetic drums, the seemingly restless determination of the musical phrases, now all merged and submerged and riding out on a multitiered onslaught, the listener only too aware of the breathless finale that arrives.