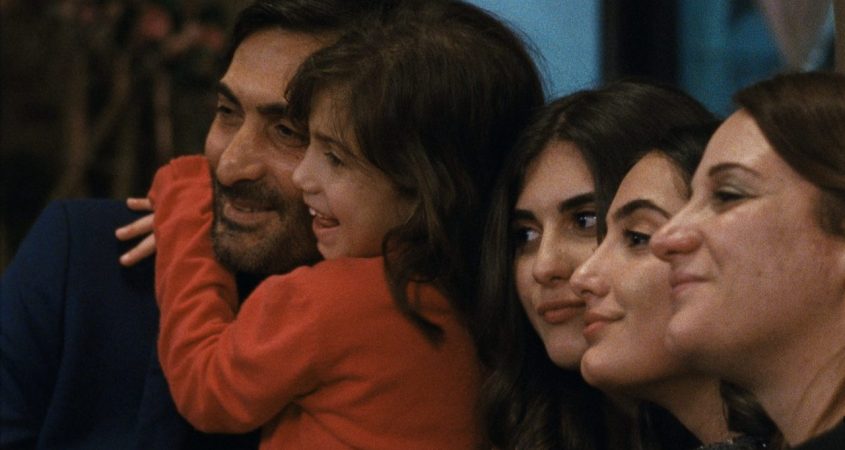 Claudio (Claudio Rotolo) and Carmela (Carmela Fumo) Guerrasio are preparing for a significant occasion, the 18th birthday of their eldest daughter, Giulia (Grecia Rotolo).  The middle daughter, 15-year-old Chiara (Swamy Rotolo), isn’t especially caught up in the excitement, preferring to keep to her gym and school routines and smoke with her teenaged friends.  When the important day arrives, Chiara joins in with attending friends and relatives; but during the party she realises that something’s not right with her father, and soon afterward her father disappears.

Chiara’s mother reassures her daughters that everything’s fine and that their father is working and will be back soon.  But Chiara quickly learns to distrust her mother’s assurances.  Older sister Giulia, who clearly knows something, also refuses to tell Chiara anything, so Chiara turns to other family members to try to discover the truth; but one after another shuts her out, telling her either that there’s nothing to worry about or that she’s too young to understand and should leave the worrying to the adults.

Sick of obfuscation and lies, Chiara embarks on a risky journey to find out what’s really going on and learns some very uncomfortable truths that force upon her a crucial decision — one that will determine the course of her life.

Great acting all round draws the viewer in as the tension builds through layer upon layer of obfuscation.  What is the truth about Chiara’s father?  Why is he apparently in trouble?  And who can Chiara believe?

One of the film’s most satisfying aspects is Chiara’s increasing empowerment through her decisions and actions, facing down threat after threat in her determination to find the truth.  It takes some time to get going, but To Chiara builds nicely, rewarding Chiara’s persistence and our patience and attention with breakthroughs that will surprise you.

To Chiara is an utterly believable portrait of a close-knit, apparently ordinary family following an ordinary course through life.  Mother and father are closely bound, their three happy daughters the focus of their lives, and each day seems to predictably follow the last.  It is only through Chiara’s determination, courage, and refusal of comforting lies that we learn the well-hidden truth.