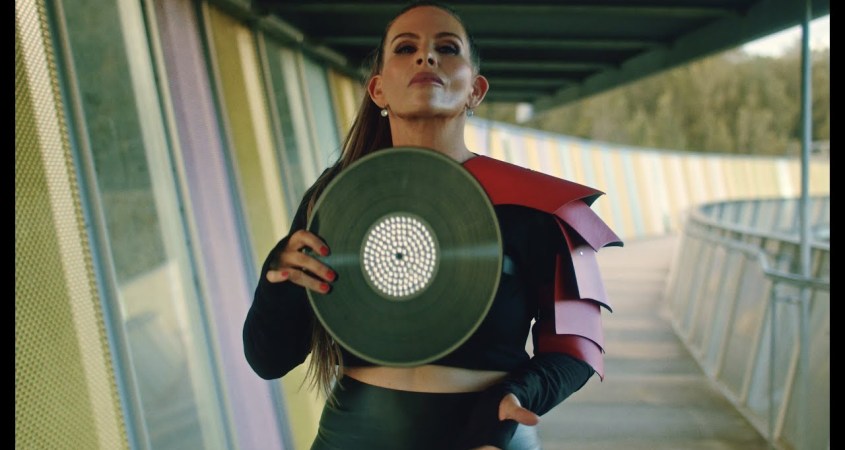 2021 saw the emergence of Australian dance-pop provocateur Lark, with the feel-good, RnB exotic vibes of her break-out smash hit We Love Us! racing up radio and playlists across the board. Lark’s follow-up release, Hit the Record, is sure to reaffirm her position as a one-of-a-kind contemporary music star on the rise.

The new track mixes Latin-pop with dance and more of that J.Lo-meets-early-Madonna sassiness. Lark says of the new song:

“Hit the Record came to life at Wizard of OG Studios in Los Angeles, California, over a bowl of Ollie Gabriel’s world-famous Louisiana gumbo. The song was written in 45 minutes, the framework laid down for what would become a delicious sonic gumbo of Latin, pop, and dance.”

The new track blends dance-pop with a series of musical flavours that draw on Latin influences. From the percussion to the textures, Hit the Record seems to strike just the right balance between these genres, in the process creating a compelling sub-genre while maintaining hooks and a party-like atmosphere.

The lyric is all about self-empowerment through a decisive attitude toward a fractured relationship, and it uses the metaphor of the dance floor to resolve the union once and for all.

Stick it to ’em one last time

Lark says of the lyrics:

“We can all identify with a past relationship where you just wanted to stick it to ’em one last time. Hit the Record is that song. A blast from the past, one last chance, then it’s gone forever”.

Written by Lark and produced by LA-based producer Ollie Gabriel (John Legend, Pink, Mel B, Keke Wyatt, Jennifer Lopez, and The Backstreet Boys), over the opening crackle of DJ vinyl, Lark reclaims her power. The track is a rallying cry for girls making good, grooving into a smokin’ Latin vibe as she asks, “Do you remember me?”, and tells her man, “It’s your last chance… ’cause I heard that song before”.

In the music video for Hit the Record, Lark’s alter-ego superhero comes to life, taking back her power both figuratively and literally, using nothing but her wrist flexor and sonic superpowers to protect the public, fight crime, deliver justice and inspire a mini-army of Larks.

You can hear Hit the Record on YouTube, Spotify, and iHeart.